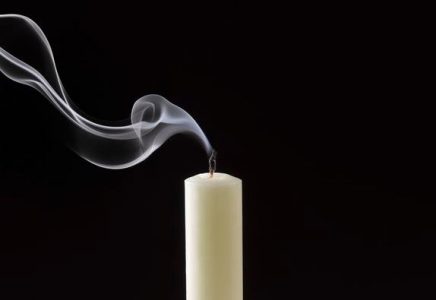 Addressing the Tragedy of Those Who Pass Away Young

A poignant Medrash (Medrash Raba — Shir HaShirim) addresses the tragedy of those who pass away young:

Hashem comes down to take the shoshanim (literally roses, but understood here as tzadikim) from His orchard (Beit Knesset and Beit Medrash — Shul and Study Hall). Every single one is taken at the right time, when they have [each] completed [their task]. What is the difference between the death of elders and young people? A group was learning Torah under a fig tree. Every morning, before the group arrived to begin their learning, the owner of the fig trees was already harvesting the figs that had ripened and were ready to be picked. When they saw that he made sure to get to the orchard before them every morning, they said to one another — “Let’s change our place [of learning]. Perhaps he suspects us of eating his figs and that is why he [always] makes sure to get to the orchard before we do.” They, therefore, went and sat down [to learn] in a different location.

The next day the owner of the fig trees got up and didn’t see them. He searched after them until he finally found them. He said to them — “Rabosai (Gentlemen), there was one mitzvah that you were doing for me, since your Torah was being learned in the shade of my fig tree, and now you want to remove it from me?” They said to him — “Chas v’shalom (G-d forbid)!” He then asked them — “Why [then] did you leave your place to go to a new place?” They answered — “Perhaps you suspected us.” He replied to them — “Chas v’shalom (G-d forbid)!” He then explained — “So why do I get up every morning so early to pick my figs? Because once the sun shines on the [ripe] figs, they become wormy.” They immediately returned to learn under his fig tree. The following day he did not get up early to pick his figs. He rather waited until they had finished their learning, but [by then] the [ripe] figs were indeed found to be wormy. At that moment they said — “The owner of the fig trees spoke well. He knows the seasons of his figs, when they are ready to be picked, he picks them at the proper time, neither early nor late.”

And if a farmer knows the seasons of his figs, and he picks them at the exact proper time, [certainly] HaKadosh Boruch Hu (the Holy One, blessed be He) knows the seasons of the tzadikim, and when to take them from the world. Every single one of them is taken at the proper time and season, according to when the nefesh (soul) has completed its task in this world, neither early nor late. They are not taken according to the number of years of their lives, but rather according to the fulfillment of their task in this world. And this is beneficial for the generation, either to chastise them or to arouse them to do teshuva, since this special one was taken from them, who had previously shielded and protected them.