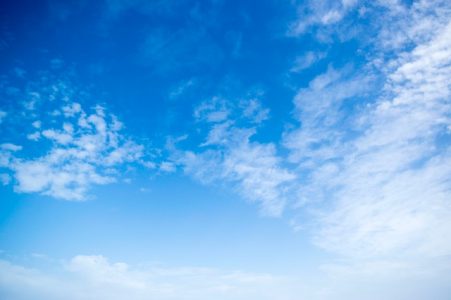 In the distant past, it was possible to have a direct and personal relationship with G-d. That did not include everyone of course, but for many people. Moses spoke to G-d and G-d spoke to Moses from between the Cherubim. Many prophets had a regular dialogue with the Almighty, and G-d could disseminate His specific words to the people through each prophet. Most prophets had to wait until G-d communicated with them, but Moses could even summon G-d to speak to Him when he felt it was necessary. But, alas, the age of prophecy directly from G-d has passed, and G-d does not communicate directly to anyone today. Or does He? Is it possible for an average person to have an ongoing relationship with G-d today? Although all religious people speak to G-d through prayer, does G-d ever answer them directly or speak to those who pray? How can the average Jew, then, develop a personal relationship with G-d today? Is it even possible? Our Rabbis and traditional sources give us specific guidelines how to do this seemingly impossible task.

For the Jew, it is particularly difficult to communicate with G-d because Judaism believes in a G-d who has no physical attributes, and praying to a G-d with any physical representation is forbidden. (One Christian who studied Torah and was considering converting to Judaism told this author that the main obstacle to his conversion was the inability in Judaism to have a three-dimensional representation before him to pray). In fact, G-d told us in the Torah that it is impossible to actually see Him and live afterwards. Even though Jews can and should pray to G-d daily, and although Judaism has a mechanism for each person to be able pour out his or her feelings and requests of G-d in any manner and language one desires, it is still most difficult to develop a personal relationship to G-d in Judaism. In fact, statistics from 2012 seem to prove this. In a survey reported in Jewish Week (April 29, 2012), only 25% of Jews said they believed in a personal G-d, while for Catholics, it was 60% and for Protestants in was 72%. How, then, can Jews develop a daily, ongoing, meaningful relationship with G-d?

G-D DOES COMMUNICATE TO US TODAY?

The solution to our problem begins with the one time that G-d actually did communicate to every Jew alive at the time, at Mount Sinai, where each Jew heard the “voice” of G-d giving the Ten Commandments. Judaism is the only major religion that claims that G-d ever spoke to an entire nation. In a verse that describes that one time Revelation at Mount Sinai, the Torah says that G-d’s voice was great/powerful and did not stop. Rashi explains that the “voice” or communication by   G-d at Sinai has never ceased since that moment, and G-d continues to communicate with all Jews and all people every day until today. G-d’s message has never ended and has never diminished. And that is the reason when we recite the blessing before reading the Torah we say the words, “Blessed are You our Lord who gives the Torah,” not in the past tense, but in the present tense. G-d continues to communicate with us daily. But how and in what form?