Throughout world history, the Jewish people have endured severe ongoing hate, persecution, exile, violence and genocide. Although in recent decades American Jews have not experienced much anti-Semitism, anti-Semitic incidents in the U.S. increased more than one-third in 2016 reflected by assaults, vandalism, and

Throughout world history, the Jewish people have endured severe ongoing hate, persecution, exile, violence and genocide. Although in recent decades American Jews have not experienced much anti-Semitism, their French and even British counterparts are now seriously questioning their future in Europe due to the increase in anti-Semitic acts there. Israel is subject to ongoing threats... END_OF_DOCUMENT_TOKEN_TO_BE_REPLACED

The Catholic Church is huge. It has 1.2 billion members. There are more than a million people employed in Catholic institutions. The attitude of the Pope to the Jews is of vital importance. One leading candidate for the papacy is anti-Semitic. Not many Jews are aware, but over the last fifty years, there have been... END_OF_DOCUMENT_TOKEN_TO_BE_REPLACED 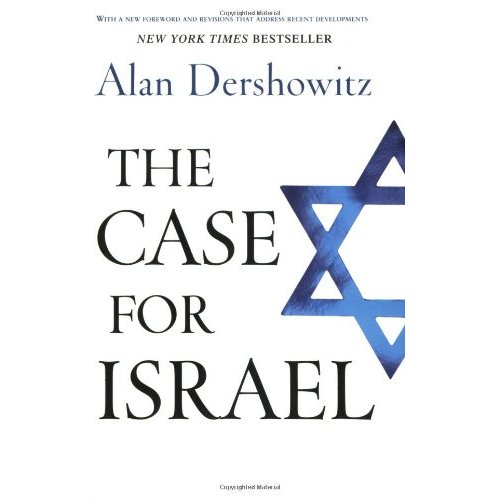 The Case for Israel, by noted Professor Alan M Dershowitz, is an ardent defense of Israel’s rights, supported by indisputable evidence. Dershowitz presents a passionate look at what Israel’s accusers and detractors are saying about this war-torn country. He accuses those who attack Israel of international bigotry and backs up his argument with hard facts. Widely respected as... END_OF_DOCUMENT_TOKEN_TO_BE_REPLACED
RSS Twitter Pinterest Subscribe/Contact
October 17, 2021 - 11:12 am