OLAMI Resources   /   NLE Journal Posts   /   Preparing for a New Pope: Judaism and the Pope over the Last Half Century 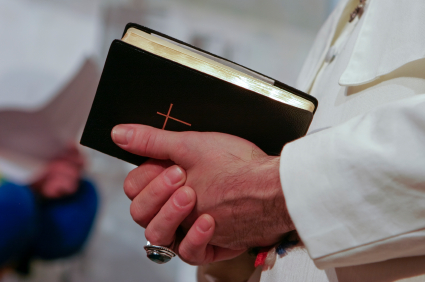 The Catholic Church is huge. It has 1.2 billion members. There are more than a million people employed in Catholic institutions. The attitude of the Pope to the Jews is of vital importance. One leading candidate for the papacy is anti-Semitic.

Not many Jews are aware, but over the last fifty years, there have been dramatic changes in the Catholic position on the Jews as the Chosen People.1 There has been a clear rejection of supersessionism, the notion that Christianity has replaced Judaism because the Jews have sinned and a new Chosen People, the Christians, took their place. “God’s covenants are not broken,” stated the new Catholic position, referring to God’s original covenant with the Jews. “The church has not ‘replaced’ the Jewish people”. The new thinking meant that there is a kind of dual covenant – God chose both the Christians and the Jews. “In light of Scripture which testifies to God’s repeated offer of forgiveness to Israel, we do not presume to judge in God’s place.”2

As a result, the Catholic Church as well as (especially German) Protestant groups have ceased missionary activities towards the Jews, because the “old covenant” remains in existence and Jews therefore have a relationship with G-d that does not require the intercession of Jesus.

The Catholic Church’s new attitude acknowledges the Jewish origins of Christianity. It no longer views Judaism as a fossil but as a living faith. The last pope (Pope John Paul II) termed the Jewish people the “elder brother” of Christianity. He went so far as to say that G-d’s covenant with the Jews remains valid.

This change in attitude began with Vatican II, convened by Pope John XXIII in 1962.3

This was a huge overhauling of Catholic doctrine involving many thousands of church leaders. It provided the official Church response to many contemporary issues including economics, war, abortion, etc. Vatican II produced a document that said, “the Jews remain very dear to G-d.” Jews should not be held collectively responsible for the death of Jesus. The council deplored “all hatreds, persecutions, and displays of anti-Semitism leveled at any time or from any source against the Jews.” Shortly before his death the Pope composed a prayer of atonement for the Church’s accusation of deicide against the Jews: “Forgive us the curse which we unjustly laid on the name of the Jews. …”4

In 1974, the Vatican produced the Guidelines and Suggestions for Implementing the Conciliar Declaration Nostra Aetate (the 1965 declaration). Here the church added references to the “rich” developments in Judaism in the post-biblical period, and suggested that Catholics should “strive to learn by what essential traits the Jews define themselves in the light of their own religious experience.”

But it was Pope John Paul II (who reigned from 1978 until his death in 2005) who consistently and clearly determined this change of direction. In 1985, the Vatican undermined the anti-Semitic language in some of the Gospels by explaining that they need to be understood “in their historical context in conflicts between the nascent Church and the Jewish community.”5 The Gospels were “the outcome of long and complicated editorial work … hence it cannot be ruled out that some of the references hostile or less than favorable to the Jews reflect some Christian-Jewish relations long after the time of Christ.”

In 1986, John Paul II indicated his hope for reconciliation between Christians and Jews.6 He expressed Catholic remorse for violence done in the name of the Church, especially towards the Jewish people. His visit to Israel was a visible expression of the historic transformation of Catholic attitudes towards Jews, Judaism and Israel. By 1993, anti-Semitism had become “a sin against God and humanity”. Catholic anti-Semitism required Teshuva (1990). The Jewish people “has been crucified by us for too long. … Not they, but we” are responsible for his death, “because we are all murderers of love.” (1998) 7

There were also some apologies made about insufficient Catholic resistance to the Holocaust,8 although the role of the Pope (Pius XII) himself has been vigorously defended. 9 In May 2004, John Paul said Christians and Jews were “united in remembering all the victims of the Holocaust, especially all those who, in October 1943, were torn from their families and their dear Roman Jewish community” and sent to Nazi concentration camps.10

Then on, March 12, 2000, the Pope went further by publically asking for repentance on a Sunday Mass during Lent inside St. Peter’s Basilica itself for all the Catholic anti-Semitism as well as all other injustices of the last 2000 years.11 And, in May 2004, two top ranking cardinals delivered a message from the Pope in Rome’s central synagogue.12 It is not enough to get rid of Anti-Semitism, he stated. “We need to also develop friendship, esteem and brotherly relations with Jews.”

Although not of all this filtered down even to the bishops,13 these were cataclysmic changes. Other problems remained. The Church also established the Carmelite Convent at Auschwitz, the canonization of Edith Stein, a nun who converted from Judaism to Catholicism and perished in the Holocaust, and the Pope received and honored Kurt Waldheim. The Church continued to condemn Israel’s occupation of Jerusalem (though it dropped its call for the internationalization of the city). It often issued statements singling Israel out, ignoring any Palestinian role in the failure to resolve the conflict and ignoring other current conflicts which often involved acts of huge slaughter and genocide.14 Notably, it never took note of Israel’s outstanding record at safeguarding the religious freedom of the Christians, in contrast to many Moslem countries. Finally, in 1993,15 it established diplomatic relations with Israel, though it maintained a clear stance of favoring the Palestinians over the Israelis for the future occupation of Christian sites in Jerusalem, Bethlehem and elsewhere.16

In March 2000, the Pope visited Israel. On arriving in Bethlehem, he stated: “No one can ignore how much the Palestinian people have had to suffer in recent decades.” In the Pope’s message, only the Palestinians suffered. Terrorism did not exist in the papal rhetoric.17

In October 2000, Pope John Paul II declared the beatification of a controversial 19th-century pontiff, Pius IX (1846 to 1878) who presided over the 1858 Church seizure of a young Jewish boy so that he could be raised as a Catholic against his parents’ wishes.18 A senior Vatican official who advocated Pius IX’s cause said in a nationally televised debate that he would still “find it beautiful” for a child to be baptized without his parents’ knowledge, as Edgardo was. The “good of the eternal life” supersedes any “natural good,” including the rights of a parent over a child, said the Rev. Daniel Ols, an official of the Congregation for the Promotion of Saints.

Nevertheless, the overall trend towards a more positive approach to Jews and Judaism has been dramatic.19 The Vatican made a real effort to filter these ideas down in practice. In America, the church has produced several books (in conjunction with the Anti-Defamation League of the B’nai B’rith) aimed at teachers and students in Catholic schools, expressing these ideas. A comparison of the 1970 and 1986 versions of the New American Bible, the version most likely to be found in schools, homes and rectories showed the following changes in headings: “Israel’s present rejection” was changed to “Jews and gentiles in G-d’s plan”; “grief for the Jews” is replaced by “Paul’s love for Israel”; “Israel’s unbelief” is now “the remnant of Israel.” On January 17, 2002 the Vatican basically stated that the Jews’ wait for messiah is validated by the Old Testament.20 The new document also says Catholics must regard the Old Testament as “retaining all of its value, not just as literature, but its moral value.”

So, too, some leading bishops have followed the Pope’s lead: On December 8, 1999, the Archbishop of New York, Cardinal John O’Connor expressed his “abject sorrow” for harm committed by the Catholic Church against the Jews, in a letter reprinted as a full-page ad in Sunday’s New York Times.

“I ask this Yom Kippur that you understand my own abject sorrow for any member of the Catholic Church, high or low, who may have harmed you or your forebears in any way,” John Cardinal O’Connor wrote in the letter, which was dated September 8.

Ash Wednesday “has been specifically set aside as a day for Catholics to reflect upon the pain inflicted on the Jewish people by many of our members over the last millennium,” O’Connor’s letter said. “We most sincerely want to start a new era.”

On March 6, 2005, Cardinal Angelo Scola of Venice stated to nearly 100 Jewish and Catholic leaders in New York, “The God of Abraham, Isaac and Jacob – like the God of Jesus Christ – is the living God who maintains close and salvific relations with his people.”

Pope John Paul died on April 2, 2005 and was succeed by Pope Benedict. He confirmed Vatican II’s 1965 teachings about the Jews. He prohibited missionary attempts to convert the Jews. Benedict referred many times to the Jews as the Chosen People, affirming that their covenantal relationship with God remains intact. He upheld the legitimacy of Jewish approaches to the Bible – he even encouraged Catholics to learn them.

Like his predecessor, Benedict visited Israel, inserting a prayer for peace at the Western Wall. This was seen as an official acknowledgment of the holiest Jewish site, a dramatic change from the times when the Catholics made the Temple Mount a garbage dump. He visited Yad Vashem and Auschwitz.

Benedict’s record was not as good as John Paul’s, in part because he was more focused on the internal unity and theological coherence of the Church. Thus, he revived a Latin prayer calling “for the conversion of the Jews,” and has described Jews as having veiled hearts and being blind and in darkness. (2007). But all he was trying to do was to reach out to conservative factions in the Church and issued a revised Latin prayer, removing the insulting language.21

This is also the explanation of his offer to lift the excommunication of the Society of St. Pius X, which had rejected the teachings of the Second Vatican Council. (2009) One of those bishops was a Holocaust denier and another of whom had referred to Jews as “enemies of the church”. The Vatican quickly condemned his words. He moved to canonize Pope Pius XII as a saint before fully clarifying his role in the Holocaust.