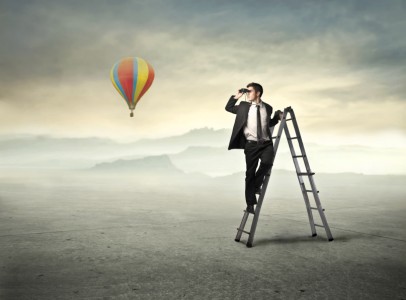 Pesach ended the other night and the immediate, desperate reaction from Jews worldwide was Cookie Monster-esque. ”Chametz!” (Not sure if anyone also broke into the “C is for chametz” refrain, but it wouldn’t shock me if they did.)

Lest the reader think that I am some cave-dwelling hermit that subsists on potato starch and macaroons all year ‘round, allow me to share that I also love a good slice of pizza, particularly when I have been fed a wide range of matzah meal concoctions for eight consecutive days.

So I get the fact that chametz is tastier and a much sought-after post-Pesach treat. But do we really need to ingest a double-zayis of leaven within 15 seconds of havdalah? While sitting upright, no less?

Think about it. You just spent the past month or more readying for and then experiencing Pesach. Countless hours of preparation were invested to ensure that we spend a week or more in a leaven-free (and, as most of our wives would have it, dust-free and gunk-free) environment. We celebrated a holiday of freedom by underscoring the importance of controlling our impulses and deflating our egos, as symbolized by Hebraic alacrity in the face of Hashem’s swift and complete victory over Pharaoh. And within but a few moments, we are ready to throw it all away to enjoy a savory… calzone! With imported beer, no less!

Well, sort of. You see, Pesach does not really end with that final havdalah. In fact, our sages teach us that Pesach is just the beginning of a spiritual odyssey that culminates with Shavuos. It is then, following weeks of counting and (hopefully) growing that we stand before our Maker ready to receive His Torah anew. As Rav Samson Raphael Hirsch points out, we begin counting from the day that we offer the korban ha’omer (which marks the first, barley harvest) to underscore the fact that material goals are not ends to themselves, but the start of a nobler quest. You can have your cake (or pizza) and eat it too, so long as you make sure to recite the proper blessings with fervor.

Organizational leaders oftentimes experience similar scenarios to the Motzaei Pesach chametz dash. They work hard towards a noble goal (such as organizing a learning event, a communal function, or a building campaign) and invest untold energy into the process. They get wrapped up in the progression and (hopefully get to) savor the experience while it lasts, only to see communal attention and interest quickly shift elsewhere. How can they maintain the excitement and make sure that whatever they worked so hard to build doesn’t vanish in a cloud of (cake meal) dust?

One approach is to keep the objective alive. Whatever the endeavor, there was something deep and fulfilling behind it. Teaching. Engagement. Raising much needed resources. Recognizing primary supporters. While the event or campaign may have passed, the spirit remains and should be kept front and center before your constituents to savor, reflect upon, and gain inspiration from. This can also be achieved by distributing mementos such as video clips, recordings, pictures, speech summaries and “next steps.” If the event is part of an ongoing series, launch a “coming next” campaign to keep your constituents engaged and thinking ahead.

Maintaining positive momentum is not easy, particularly in a fickle society that is on the perpetual lookout for the next latest and greatest. While you cannot always be in the spotlight (nor is it necessarily advisable that you be), you can take action to ensure that you sustain the positives that you worked so hard to achieve long after your initial effort has passed.

Rabbi Naphtali Hoff is an executive coach and consultant and President of Impactful Coaching & Consulting (www.ImpactfulCoaching.com). He can be reached at president@impactfulcoaching.com.