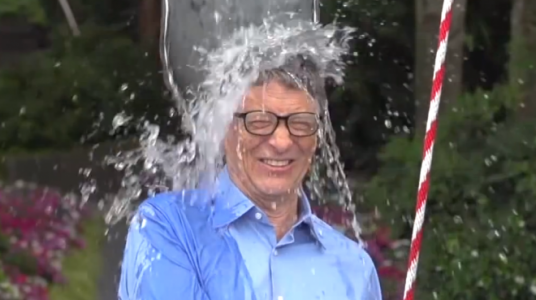 Over the last few weeks, a congregant or student may have called you out on Facebook or Instagram to take the ALS Ice Bucket Challenge.

It should come as no surprise that the ALS Association announced that it has raised more than $100 million through this challenge. At NLE Resources, we are happy that ALS Association has raised so much money and has three million+ new donors in the door.

When you hear about these kinds of supercharged fundraisers, ones that are raking in the dollars and donors, it’s worth asking, “What can I learn from the Ice Bucket Challenge?”

And so, below, we present you with 3 ways that Jewish organizations can learn from the Ice Bucket Challenge.

1. Engage Your Students, Congregants and Volunteers

Believe it or not, the ALS Association didn’t even launch the challenge! The successful fundraiser was spearheaded by Pete Frates, a 29-year-old Massachusetts man and athlete who has lived with ALS since 2012, and Jeanette Senerchia of Upstate New York, whose husband, Anthony Senerchia, has had the disase for over a decade. When she posted her own Ice Bucket Challenge on Facebook, it triggered something on the social network and soon, 1,000 people across the country were dumping buckets of ice water on their heads. Senerchia’s act inspired Pat Quinn, who got 50 of his friends to also take the challenge. In turn, each person also nominated three friends to pour buckets of ice on their heads or donate $100 to the battle against ALS. Many consider this as the beginning of the ALS Ice Bucket Challenge going viral.

And so, the first take-away that any Jewish organization can learn from the above is to remember to turn to, include, and receive input from students, congregants and volunteers.

Don’t just brainstorm and hear ideas from rabbis, educators and members of your staff. After all, someone who is not an employee of yours may come up with a great idea that leads to being a successful campaign like the Ice Bucket Challenge!

When it comes to a fundraiser, don’t just think of a black-tie event such as a banquet or dessert reception. We’ve highlighted some great sports ideas and others that involve bringing the community together for a barbecue. And, depending upon your demographics, this may actually bring in more funds than a formal affair.

This is echoed by Richard Perry and Jeff Schreifels who pointed out that, “a majority of the people giving to the Ice Bucket Challenge gave because it was a fun thing to do – the ice bucket thing – NOT because they were truly supportive of or even understood what ALSA actually does. Go on – say it isn’t true! But it is. If we could line up every single person (3+ million new donors according to ALSA) who did the ice bucket challenge and ask them what ALSA is trying to do, most of the people would not be able to come up with it. If we then asked them why they did it, they would likely say: ‘Well, it was fun. And it WAS for a good cause.'”

Aubrey Billing writes that, “the ALS Ice Bucket Challenge is not only a way to raise money. It’s a way to raise awareness. With social media outlets like Instagram and Facebook, people can connect to hundreds, thousands, even millions with the message. And with the viral videos wallpapering the news feed of nearly every website, ALS has finally been given the focus fundraisers have always sought. The more cost-effective option makes it feasible for nearly anyone to participate. Although ideal, the $100 donation might be out of some people’s price range. And the option to take the “challenge” and make a video challenging others has gotten more people involved than ever before.”

And so, if you are trying to think of a cost-effective way in which you can create awareness for your cause or new organization, consider a campaign that may not bring in funds — but that will be easy for people to send via email, repost on Facebook and share with their family and friends.

Want to learn more about the ALS Ice Bucket Challenge. Checkout the infographics below: