OLAMI Resources   /   NLE Journal Posts   /   When Sharing is Not a Virtue 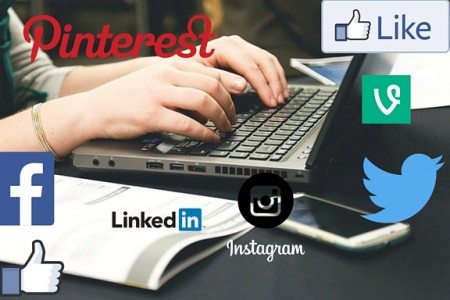 We live in a very public world. This is in large part thanks to the proliferation of blogs and media outlets as well as our own ability to share news, personal thoughts and updates instantly whenever our heart desires. While much of this information is of the same basic variety as news that was commonplace in the days of Web 1.0 or earlier, many of the stories and details available online today clearly reflect an increased encroachment of personal space.

As someone who uses the internet extensively for professional purposes, I am amazed at what a person can access, even unwittingly. It has become increasingly more difficult to visit even a credible news site without being bombarded with links to all sorts of non-newsworthy, unsavory content.

The problem is even more profound with social media. I am continually astonished at the information that some people are willing (if not excited) to share. These personal details are posted for all kinds of “friends” to see.

All of this leads me to a simple conclusion: privacy is no longer a value for many people. To play off a term from the academic world, it has become “share or perish.”

While the Torah certainly recognizes the need to share certain information publicly and often uses narrative to convey teachings and behavioral standards, it also promotes the value of keeping matters private, to be shared only with certain people and at the proper time.

At the beginning of this week’s parasha we are told that Yaakov kept his thoughts private, quietly maintaining a different view of Yosef’s dreams than the rest of the family.

So his brothers envied him, but his father awaited the matter (Bereishis 37:11). He was waiting and looking forward in expectation of when it (the fulfillment) would come (Rashi, Ibid).

Yaakov understood Yosef’s dreams for what they were, prophesies of a time in which Rochel’s firstborn would assume the mantle of familial and national leadership. However, he recognized that the images spoke of a future date and time, and that it would take a while before this prediction would manifest. And so he waited, eager to see how Hashem would orchestrate matters towards the desired outcome.

His father Yitzchak was also forced to keep information to himself, despite what was surely an intense desire to share. After the brothers had sold Yosef, they dipped his multicolored robe into blood to indicate that their brother had been attacked and devoured. Of course, Yaakov was devastated by the “news” that accompanied the image of a bloodied cloak and could not be comforted for years on end. All the while, Yitzchak knew the truth, but felt compelled to withhold it from his son, despite his abundant suffering.

Avraham too kept certain information from loved ones. For example, he did not notify his wife Sarah of Hashem’s commands that Avraham take Yitzchak and offer him as an olah. When she did later find out, the impact was devastating.

The account of Sarah’s demise was juxtaposed to the binding of Isaac because as a result of the news of the “binding,” that her son was prepared for slaughter and was almost slaughtered, her soul flew out of her, and she died. (Rashi to Bereishis 23:2 quoting Bereishis Rabbah 58:5)

Each Av understood the importance of keeping their thoughts and information private, and resisted their own temptations to share, until such time when Hashem gave them the opportunity to reveal their inner feelings and knowledge. While we are not bound by similar restrictions, we should give continued thought to the value and beauty of privacy, the information that we choose to share and the methods by which we share it.