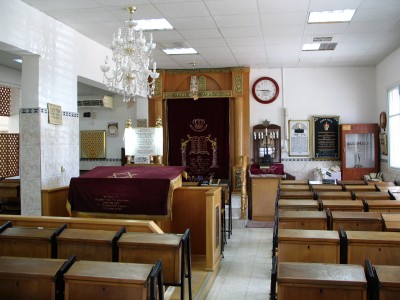 Rav Shlomo Wolbe asks an important question in Aley Shur (Volume II, p. 52) about the nature of God’s presence in the world:

“The Mishkan was built so that God would have an abode  in which to ‘reside’ down here on Earth.  However, the Torah tells us that His glory fills the entire world. If so, what was unique about the Mishkan that it earned the designation of God’s residence on Earth. Isn’t God found everywhere?

There are ten different levels of holiness in the land of Israel. The levels of holiness in the rest of the world cannot compare to the level of holiness in Eretz Yisroel, for prophecy could not be received outside of Eretz Yisroel. The difference in holiness is not a reflection of God’s proximity; the difference reflects  how deeply His presence is felt. Although His glory fills the entire world, in some locations on Earth His presence is more manifest, while in others it is more hidden.”  (Rabbi Wolbe on the Chumash, p.186)

When the Jews received the Torah at Har Sinai, God revealed Himself to them in all His glory. Subsequently, God commanded the Jews to build a Tabernacle, a place where they could recapture the connection with Him that they had experienced at the giving of the Torah on Mount Sinai. In the Land of Israel, the Temple replaced the Tabernacle as the meeting place between God and His people, the conduit through which His goodness filtered down into the world. Once the Temple was destroyed, however, that connection with God is manifest in each and every synagogue throughout the world. Thus, the Beit Knesset (synagogue) is actually a continuation of the experience at Har Sinai.

The NLE Morasha shiur on The Beit Knesset addresses the following questions: