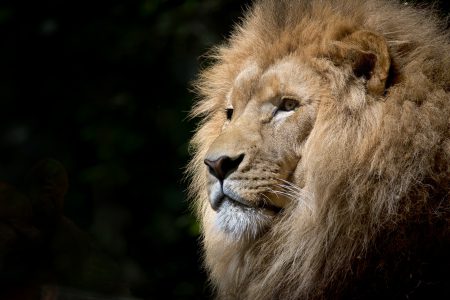 There are many mysterious and cryptic passages found in the writings of our great sages. Perhaps one of the more obscure and puzzling of all is found in last week’s Torah reading.

We read that Korach and his cohorts accused Moshe of misappropriating his authority over the people. The passuk says: “They assembled against Moses and Aaron, and said to them, ‘You take too much upon yourselves, for the entire congregation is holy, and the Lord is in their midst. So why do you raise yourselves above the Lord’s assembly?’”

When Moshe Rabbeinu heard this, the Torah informs us: “Moses heard and fell on his face.” What exactly did Moshe ‘hear’ which caused him to fall on his face? If it was simply that Korach leveled the accusation that he had improperly assumed a leadership position, Moshe could have explained how his appointment was made by Hashem himself. Why the need for Moshe to become so distressed from humiliation and despair that he fell to the ground? The Talmud (Sanhedrin 110a) fills in the gaps. What Korach was really accusing Moshe of was much more nefarious and outrageous than simply usurping power. The Talmud informs us that Moshe was being accused of nothing less than consorting with married women!

Indeed, the accusations which were being leveled against Moshe were so serious and vile that the Talmud further relates that each and every husband warned his wife against secluding themselves with Moshe for fear of his propensity towards illicit and improper relationships.

How could this be? How could it be that Korach was able to successfully accuse Moshe of such
impropriety and have the accusation resonate to such an extent that every single husband instructed his wife to maintain a proper distance from Moshe Rabbeinu himself?

The Kli Yakar (Poland, 16th century successor of Maharal of Prague) explains our quandary in a way which has extreme relevance for our times. The Kli Yakar informs us that Korach understood (correctly) that one who is a narcissistic, egotistical, power-hungry control freak will eventually turn his narcissistic and hubristic tendencies to predatory practices of controlling and ultimately cohabitating with other men’s wives. Indeed, our sages went as far as to say: “Whoever is haughty and pompous will eventually consort with a married woman (Sotah 4b).” Korach, upon seeing what he perceived as being the pompous and presumptuous conduct of our teacher Moshe, leveled what he considered the most likely outcome of Moshe’s hubris, namely that he must already be involved with married women. Of course, in this case, Moshe was totally innocent and indeed, if not for G-d’s explicit command, Moshe would never have even thought to serve in any authoritative position.

Perhaps in order to totally debunk the fallacious and deceptive claims of Korach, we were informed just two weeks ago that Moshe was “exceedingly humble, more so than any person on the face of the earth.”  Korach’s claims – in this instance – were baseless and complete and utter lies. That being said, the Kli Yakar’s insight is indeed true. And in the absence of a person such as a Moshe Rabbeinu, we must all heed with great carefulness the teachings of our sages. Those individuals, be they teachers of Torah or communal heads (inclusive of anyone who is overly charismatic and needy of control and of total allegiance of those in his or her care) must be constantly scrutinized and never be allowed to exercise their unilateral control over others.

Our sages are informing us of a vital and critical fact of human behavior; namely, those people in our midst including, although not limited to teachers, administrators, indeed any person in an authoritative position – particularly those who are charismatic – must always be scrutinized and we must always be on our guard when dealing with them. Our sages were not exaggerating in the least when they declared that when you see someone who has a narcissistic need to control, dictate and manipulate the lives of others to the extent that they groom and cultivate relationships which cause others who are weaker (I am referring to students or women/girls who have been taught to admire and be in awe of certain ‘authoritative’ individuals) to feel utterly and desperately dependent on them, you must know that this person is more often than not a predator and a danger to others.

If we would only heed the advice of our holy sages who stated two thousand years ago that when we see someone (and that someone could have even been a Moshe Rabbeinu-like figure) who is ruling over others and demands total conformity and compliance to the extent that any form of questioning or defiance of his/her demands is met with anger; we would know that we have come face to face with precisely the person our sages have labeled a predator. Please, please heed the words our sages. Do not heed them because I am writing them; rather, heed them for they are words of our sages.

Teach your children, your wives and especially your daughters never, never, never to let their guard down. Teach them that if they ever meet a man – he can be a rabbi or a teacher, a principal or the head of any institution, their uncle or another family member – they must know that if he demands total conformity and complete allegiance and submission to him and his demands, such a person (according to our holy sages) is a predator and an evil person. He must be denounced and publicly shamed, defrocked and ostracized from the community at large until he has undergone a long and extended stint in a psychiatric ward and is properly medicated and even then is under heavy watch and scrutiny.

Too many of our girls and women have fallen prey to predatory, animalistic, charismatic teachers and this has caused untold harm. Instruct your daughters to never, never go into a car with a strange man. And certainly tell them to never speak to a man in any place which is not well lit and to always make sure that there are other people around in clear view. None of this should be seen as radical, it is just following the ways of our sages.