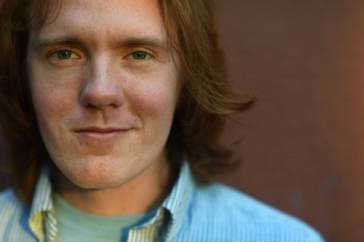 The United States was hit by two disasters over the past two weeks. One was natural, and the other was man-made.  One left devastating damage as the result of strong winds and hard rain, while the other left horrific damage resulting from hate and discrimination. One caused hopelessness, while the other provides great reason to hope.

Texas, and the Houston community in particular, continues to reel from the devastating and historic flooding that resulted from Hurricane Harvey. The loss of life, destruction of property, and displacement of people give tremendous reason for sadness and sorrow.  And yet, a sub-story of this disaster is how it has united a nation in the midst of experiencing distressing divide. The whole country has not merely fixated its attention on the victims of Harvey as spectators, but has stepped up impressively to donate money, coordinate help, and plan for recovery efforts. The images and videos of everyday people risking their lives to rescue others, and the stories of people opening their homes to take in now-homeless families, are not only heartwarming, but are great reason to maintain faith in the goodness of people and hope in the future of our great country.

While we certainly don’t welcome this hurricane, the sense of unity it has generated and the basic goodness and kindness in man that it has elicited could not come at a better time.  Just two weeks before Harvey made landfall, a tsunami of hate hit America when neo-Nazis and white supremacists rallied in Charlottesville resulting in violence and even death.  The president’s failure to unequivocally and categorically reject these extreme groups and their racist and anti-Semitic agenda without qualification or comparison to others was celebrated by those very groups as a victory.  While he later clarified his condemnation of these hate and extremist groups, the damage of the moral ambiguity of his initial response had been done and caused many to have grave concerns about a growing divide in America.

How can we heal from this sad and concerning episode?  What can we do to marginalize and ultimately eliminate these views?  How can we be hopeful when events make us feel hopeless?  We must examine our hearts and words for the presence of our own sense of supremacy over others and hate for those who are different than us.  Obviously, we must stand for and with those who are the targets and victims of hate.  But must we accept that there are hateful people, or is there a way to actually change the minds of those who hold these views and eliminate hate, be it grounded in race, religion, politics or no reason at all?

Derek Black was literally raised on hate. His father, Don Black, was the founder of Stormfront, the internet’s largest white supremacist website, with over 300,000 users. His mother, Chloe, had previously been married to David Duke, who was Derek’s godfather. As a young man, Derek launched a popular white nationalist website for children and quickly became a leader in the greater movement.  When he spoke at a white supremacist conference, he was introduced as “the leading light of our movement.”

When Derek enrolled in New College of Florida, a top-ranked liberal arts school, he kept his extremist views and KKK affiliation to himself, even while continuing to host his supremacist radio show.  One night in April 2011, a fellow student was Googling hate groups online when he came across Derek’s picture.  It didn’t take long for the word to get out and by the next semester he was a pariah.  Nobody would talk to him or even come near him and he avoided public places or events for fear of hostility given his views.

One of Derek’s acquaintances started reading Stormfront and listening to Derek’s radio show to get insight into Derek’s thinking.  Then he did something radical, unexpected, and uncomfortable.  He texted Derek, “What are you doing Friday night?” The classmate was Matthew Stevenson, the only Orthodox Jew in the school.  He hosted weekly Shabbos dinners in his campus apartment and decided to invite Derek. Though he initially debated if it was a good idea, he decided if Derek is going to hate Jews, he might as well meet one and know more about them.

Derek accepted the invitation and arrived with a bottle of wine.  Nobody at the meal mentioned white nationalism or his involvement with its movement.  Derek enjoyed the meal and came back the next week and then the following one, until after a few months his fellow guests at the Shabbos meals became his friends.  Eventually, a strong enough relationship was built that the topic of his beliefs could come up.  Conversations ensued in which Derek’s beliefs were challenged in a respectful way.  His assertions were challenged by data, studies, evidence, and facts and one by one they were dismantled leaving Derek increasingly confused. He stopped posting on Stormfront and gave up his radio show. By his final year of college, he was taking classes in Jewish scripture and feeling totally disconnected to white nationalists and their beliefs.

After graduating, he decided to publicly disavow all that he had formally subscribed to and promoted, and he published a bold statement:

“A large section of the community I grew up in believes strongly in white nationalism, and members of my family whom I respect greatly, particularly my father, have long been resolute advocates for that cause. I was not prepared to risk driving a wedge in those relationships. After a great deal of thought since then, I have resolved that it is in the best interests of everyone involved to be honest about my slow but steady disaffiliation from white nationalism. I can’t support a movement that tells me I can’t be a friend to whomever I wish or that other people’s races require me to think of them in a certain way or be suspicious at their advancements. The things I have said as well as my actions have been harmful to people of color, people of Jewish descent, activists striving for opportunity and fairness for all. I am sorry for the damage done.”

When his father saw the post the next day, he told Derek, “You have been hacked.” Derek explained to his father that it was in fact real and was how he felt. His father was in physical pain. He felt betrayed. Their relationship has been frayed and barely existent since then. Derek went on to earn a Master’s degree and essentially build a new identity and life. The young man who was once the heir to the mantle of leadership of the entire white supremacist movement became an outspoken opponent of racism, bigotry, anti-Semitism and hatred. How did it happen?  An invitation to a Shabbos meal.

The Torah endorses loving people. On the other hand, it condones hating those who are evil. How do we reconcile these two imperatives? Rav Shneur Zalman of Liadi, the founder of Chabad, writes in his Tanya (32): “It is a mitzvah to hate them, and it is a mitzvah to also love them. Both are true. You hate the yetzer hara, the evil inclination that’s in them, and you love the goodness that is concealed in them, which is a spark of G-dliness.”

Perhaps the best way to persuade someone to abandon his beliefs is to reject only his beliefs but remain open to the G-dliness and potential in him. With the foundation of a relationship, genuine conversation can take place bringing with it the possibility of persuading someone to abandon or even reject what she had previously believed.

I am not suggesting we invite members of the KKK for a Shabbos meal or that a bowl of chulent and piece of potato kugel can solve the challenges of bigotry and hatred in this country and others.  But, perhaps we can learn from Derek Black’s story that people are capable of change and that we shouldn’t give up hope even when someone subscribes to beliefs we find repulsive and abhorrent.

While I wouldn’t recommend inviting neo-Nazis for a Shabbos meal, I strongly encourage you to invite into your home those in your own community with whom you disagree or even, G-d forbid, feel animus. Never underestimate the power of a Shabbos meal to build a relationship, find common ground, and replace hatred with love.