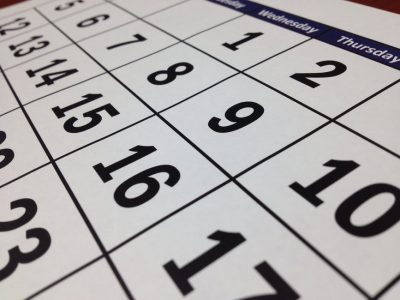 “This month shall be for you the beginning of the months.” Shemos 12:2

Historic dates, like stepping stones, create a footpath through our heritage. Experienced by one generation and recalled by those to come, it is through these annual recollections that our heritage is honored. Before 1971, Washington’s Birthday was one of nine US holidays celebrated on specific dates, which – year after year – fell on different days of the week. Then came the tinkering of the Ninetieth US Congress in 1968. Determined to create a uniform system of federal Monday holidays, Congress voted to shift three existing holidays to Mondays and expanded the number further by creating one new Monday holiday – Columbus Day.

In contrast to the establishment of historic holidays, which can be “arbitrarily” positioned or moved to accommodate longer weekend vacations, the Jewish calendar does not merely “honor” heritage. The Shabbat and festival days themselves are our heritage – infused with extraordinary intrinsic holiness, spirituality, and the opportunity for tremendous personal growth. The goal of the Morasha Series on the Jewish Calendar is to explore the meaning and observance of Shabbat and the Jewish festivals – natural and propitious occasions for all Jews to connect to their heritage.

The Structure of Time

The first concept to clarify in a discussion of any of the milestones on the Jewish calendar is the understanding that Jewish holidays do not merely commemorate events of the past. Judaism does not look at time as a static linear progression that flows from one moment to the next without any connection to the past. Rather, Judaism views time as a cyclical dimension, a medium through which we move, just as we move through space. Hence Rabbi E.E. Dessler writes that “time does not merely pass us by; rather, we move through it” (Michtav M’Eliyahu, Vol. I, p. 103). Rabbi Dessler goes on to explain that we travel through a weekly cycle and hence meet Shabbat once a week, while simultaneously traveling through a yearly cycle as we pass through the Jewish festivals and holidays.

In fact, the word for time in Hebrew reflects its inherent meaning: zman means “prepared.” Every moment in time has been prepared by G-d for us to utilize to achieve our individual and communal goals. As the Maharal writes in his introduction to Derech Chaim:

As we travel through an annual cycle, we meet the various festivals of the year along the path. The Jewish festivals are called moadim, a word that translates literally as “meetings.” The festivals are meetings in time. But what is it that we meet every year on Passover, Shavuot, and Sukkot? Rabbi Sholom Noach Brezovsky, in Nesivos Shalom (Vol. II, p. 189), teaches us that each one of these meeting points has its own spiritual energy that offers us a unique opportunity for growth at that time.

Passover, for example, is a time of freedom. It was then that the Jewish people were taken out of Egypt after 210 years of bondage to become the nation that would receive G-d’s Torah. We relive this freedom every year on an individual level through the mitzvot of Passover, which provide us with the strength to overcome our more base inclinations and free our energies for our service of G-d. Passover is called “the time of our freedom” not because historically speaking we became free from Egyptian slavery on that day, but because the spiritual reality called “freedom” is rooted in that time of year. That is why we are told in the Haggadah that “every person must see themselves as if they personally came out of Egypt.”

What is true for Passover is no less true for each of the festivals in the Jewish calendar. Hence, when Rabbi Samson Raphael Hirsch classified the festivals in his work Horeb, he called them edot, “testimonies,” because they testify to us regarding the nature of the spiritual energy rooted in their respective seasons. Just as Passover gives us an encounter with freedom, so too does Shavuot offer an experience of revelation, Rosh HaShanah of judgment, Sukkot of joy, etc.

(For an understanding of how the mitzvot of the Yomim Tovim can be the actual source for the establishment of the festivals, see Sifsei Chaim, Moadim, Vol. III, pp. 188-189.)

It is important to note that even the festivals of Rabbinic nature, namely Purim and Chanukah, follow this same pattern. In instituting these festivals and the mitzvot that we perform on them, our Sages were revealing to us the special energy of the spiritual forces inherent in those times. As Rabbi Elchonon Wasserman explains in Kuntres Divrei Sofrim (p. 7), every mitzvah of the Sages bears a Divine stamp:

With all the Rabbinic commandments and prohibitions, the Sages aligned their minds with the thoughts of G-d … and for this reason we are obligated to do as they say, for in doing so we are fulfilling the Will of G-d that they were able to fathom, their minds aligned with His.

That explains why on Chanukah we recite the blessing upon lighting the menorah,

ברוך אתה ה’ אלוקינו מלך העולם אשר קדשנו במצוותיו וציונו להדליק נר של חנוכה”” – “Blessed are You, L-rd our G-d, Who has sanctified us with His commandments and commanded us to light the Chanukah candles.” Even though lighting the menorah is not a Biblical commandment, we understand that it, like all Rabbinic enactments, is a revelation of G-d’s Will. So whether the essence of time is revealed to us by the Torah or by our Sages, we understand that our festivals are unique opportunities to enhance our spiritual growth.

Each Festival a Gift

Rabbi Hirsch (Horeb, pp. 86-88) summarizes the central message of the Jewish festivals and how they relate to each other in the following way:

Each of the spiritual treasures of these festivals adds a necessary dimension to the complete picture of Jewish life. Our lives are therefore enraptured by the joy of Purim and tempered by the mourning of Tishah B’Av; they are inspired by the teshuvah of Yom Kippur and filled with the trepidation of Rosh HaShanah; enlightened by the perspective of Chanukah and motivated by the opportunity of Shavuot. All are necessary and each has its time. “Everything has its season, and there is a time for everything under the sun.”

But are we simply revolving around an ever-repeating cycle, encountering the same moments of freedom, judgment, and joy each year? The truth is that while the structure of time is cyclical, it is also linear. That is, we do pass by these special moments in time each year, but each year it is a new experience – a new opportunity to incorporate the essence of the festival into our lives. The Hebrew word for year is shanah, which means not only “repetition” but also “change.” Hence the Jewish structure of time resembles not a circle but rather an upward moving spiral, one that is progressing toward a goal – the ultimate purpose of Creation – while at the same time passing through key nexus points that infuse our travel with special energies along the way.

And Judaism’s view of time is dynamic. It involves us, its participants, in the process. All Jewish festivals, with the exception of Shabbat, are determined according to a lunar calendar fixed by the people, namely the Jewish High Court (periodically adjusted to coincide with solar year’s seasons). Each month, witnesses would testify to the sighting of the new moon and the Court would proclaim the beginning of a new month, thus determining when the festivals would be celebrated. That is why the Hebrew word for month is chodesh, meaning something “new” or novel. Each month is renewed with the input of mankind. Shabbat as the marker of the Creation of the world is the exception to this rule because it comes in its weekly-appointed time without any input from us. But the rest of the Jewish holidays and festivals are a mutual meeting of G-d with mankind [See Rabbi Samson Raphael Hirsch, Commentary to Shemot/Exodus 12:2].

The mitzvah of sanctifying the new moon transformed the Jewish people from passive passengers through time into the drivers of its spiritual forces. By having a hand in determining when G-d will infuse the calendar with the relevant spiritual energies of the Moadim, we ourselves come to sanctify time. When we state in our blessing of each festival, “Blessed are You, L-rd our G-d, Who sanctifies Israel and the times,” what we are really doing is blessing G-d for giving us the ability to sanctify time [See Talmud Bavli, Berachot 49a].

Shabbat is the Cornerstone of Jewish Life

As we noted, though, Shabbat is different from the festivals. Its holiness is permanently rooted into the fabric of time by G-d Himself. On the first Shabbat, G-d rested from His work of creating the world. Each Shabbat offers us a sense of that completion. The world is not yet perfect, but Shabbat is me’ein Olam HaBa, a taste of the World to Come. Without the weekly reminder of Shabbat, the cycle of time would spiral out of control, as we would lose sight of the ultimate purpose of Creation. It is our fixed point of holiness. By observing the Sabbath we proclaim that G-d created the universe, gave us the Torah, and is directly involved in guiding the history of the world. Consequently, Shabbat manifests the essence of Judaism and Jewish life.

We are all familiar with the Jewish holidays and festivals; we’ve been to services on the High Holidays, lit Chanukah menorahs, sat through Passover Seders. But have we tapped into the spiritual energies that manifest themselves at these times? Have we approached the holidays not as anniversaries of historical events but as markers to spiritual realities rooted in time? Have we seen our participation in the rituals surrounding these events as opportunities to sanctify time, to raise the mundane to a new spiritual plane?

The classes presented in the NLE Morasha Series on the Jewish Calendar aim to do just that.

By delving into the classic Jewish sources and the works of great Jewish philosophers throughout the ages, these classes are designed to help us make the most of our seasonal meetings with G-d as we journey along the spiral of time toward the ultimate fulfillment of the purpose of Creation.