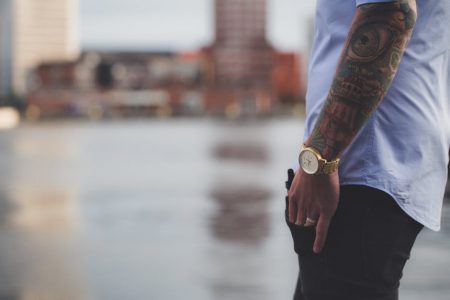 When tattoos were originally banned by the Torah, this action, in almost all cases, had the connotation of something religious and non-Jewish. Today’s tattoos are put on the body, by and large, as fashion statements, whims of the moment, or just for fun. Therefore, would they be permitted today in Jewish law, or would tattooing violate the spirit of Jewish values? What about cosmetic tattooing and permanent or semi-permanent makeup? Would these be permitted or prohibited from a Jewish perspective? And what are the underlying values that would allow or forbid a tattoo today?

In addition to these questions, there is a “Jewish old wives’ tale” when it comes to tattoos. Sometimes, these “legends” that have come down through the ages, mostly by non-observant Jews, have some basis in fact or in Jewish law. Other times they have little basis in Jewish law, but are somewhat related. And occasionally they are total fabrications. For example, almost all Jews and non-Jews who know anything about Jews and Judaism are aware that Jews are forbidden to eat pork. While this is certainly true and the prohibition to eat pork is found explicitly in the Torah, pork or ham are no more forbidden than many other foods and no more forbidden than mixing linen and wool in one garment, which is a little-known Jewish law outside of traditional Jewish circles.

Another “Jewish old wives’ tale” is that a person should not go swimming on the fast day of Tisha B’Av, which in most Jewish communities falls out at the height of summer. Many people who know nothing else about Judaism, or do not know anything about Tisha B’Av and the Temple’s destruction, seem to be aware of this law-custom. While it is true that swimming is forbidden on Tisha B’Av, this is only a custom, probably linked to the custom not to go swimming during the entire Nine Days, the period leading up to Tisha B’Av, and certainly not a violation of Jewish law like eating any food on the fast day of Tisha B’Av. Yet, there are people who know about not swimming on Tisha B’Av, but are unaware that eating is forbidden on this day.

In the same vein, there is a notion that Jewish people who have tattoos cannot be buried in a Jewish cemetery. This is such a common notion that two popular TV shows in the last twenty years expressly dealt with this issue. On one show “The Nanny” (Season 4, Episode 9, aired November 20, 1996) described someone who wanted to get a tattoo, and then the Jewish nanny, Fran, stated that if this person gets the tattoo, she will not be able to be buried in a Jewish cemetery. On a more recent show, “Curb Your Enthusiasm”, one episode (Season 3, Episode 6, aired October 20, 2003) depicted the death of Larry’s mother (who was Jewish). Larry discovers that the funeral already had taken place, and that because of her tattoo, she was not buried in the regular Jewish cemetery but rather in a “special section” reserved for villains and the like. What is the actual view about the proper place for burial of Jews with tattoos, and what is the basis, if any, of the notion described above by Jews with minimal backgrounds?

THE GENERAL PROHIBITION OF TATTOOS AND ITS REASON

The Torah prohibits a Jew from writing a tattoo upon his or her body. Although the Torah does not give a reason for the prohibition, Rashi implies a reason, as he explains that it was the custom of idol worshippers to scar their bodies as a ritual of mourning (the prohibition in the first part of the verse). Consequently, non-Jews must have written words in the tattoos on their bodies also as a death or mourning ritual. In the Talmud, Rashi explains this prohibition more clearly, and says that there was a form of idol worship to permanently imprint the name of their G-d on their bodies. Based on this idea, any permanent marking on the body is prohibited, no matter the purpose or origin. Sefer HaChinuch says this was a practice of Arabs in his time – to make a permanent tattoo on their skin as a sign of dedication to the non-Jewish G-d.

Maimonides, in codifying this prohibition, explains that it was the custom of idol worshippers to permanently write on their flesh that they were servants of their G-ds. He adds, as will be discussed below, that the tattoo includes both the cutting of a permanent indentation in the flesh and also writing in that indentation with permanent ink. But it seems clear that even if the intention had nothing to do with any form of idol worship, a Jew is still prohibited to put a tattoo on his or her body.