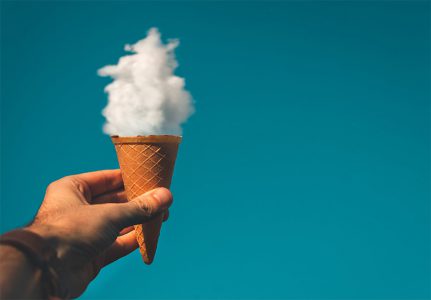 Pleasure is not a quality that is sweet, simple, wonderful, or even tangential. Rather, it is an existential state that all humans intensely desire, seek out, pursue, pay for—read the Bible, the Iliad, the news—and something that we will kill for and go to war for. Every nerve in our bodies is wired for the experience of pleasure and the avoidance of pain. It is the existential state that we pursue and take more seriously than anything else. At the same time, pleasure as an end-goal remains elusive. This is so well-known that it has a name: the pleasure paradox. See Freud and Frankl, amongst others, who write about it. It is therefore exceedingly odd that something we so desire should be out of our control to achieve. Which in turn begs the question: what is the definition of pleasure, its purpose, and why is it so elusive?

The definition of pleasure is the positive energy produced by one’s successful interaction with the world, where success means coming into some aspect of commonality with somebody or something, and where that commonality is defined as the time-based co-mingling of identities, what is otherwise called oneness. The main purpose of pleasure is motivational: the reward for successful engagement with the world. Note that pleasure is independent of morality but is, rather, the result of one’s free-will. The state of happiness is, in turn, the product of the duration times the quality of pleasure. This definition will accommodate both the variety of pleasures and their various intensities. [As a mirror image, a similar definition can be given for pain: the de-energization that is produced by unsuccessful interaction with the world, where un-success means the distancing of commonality with somebody or something and which then gives rein to the forces of separateness and aloneness.] Given this definition, it is understandable why pleasure can’t be an achievable goal in and of itself: because pleasure is a verb and not a noun. This means pleasure is a product of successful interaction with the world and not an end-product of its own.

As the vividness of sensation decreases with age and it becomes more difficult to care, it becomes increasingly important to replace the energy of the vividness of sensation with the energy of the vividness of meaning, where meaning is non-temporal in nature, that is to say not time-based. Non-temporal meaning is at the heart of religion where life continues in some form beyond the grave. For it is only non-temporal meaning which can hold off the natural forces of entropy, i.e. the forces of separation and aloneness which are at the core of the determinisms that otherwise rule the world. As such, the creation of non-temporal meaning becomes the necessary conversion factor in engagement/interaction with the world in order to produce pleasure as one advances from youth to old age.

As an aside, the inability to care will be a structural risk factor/limitation of pleasure for atheists. Why is this? Since atheism posits merely the mechanistic functioning of the world without any ultimate authority, it is much more difficult to maintain a stance of intentionality vis-à-vis the world, that is to say a state of caring, because with age and the decreasing press of fulfilling one’s needs, it becomes increasingly difficult for atheists to believe that anything matters. And since it is caring that is at the very heart of obtaining pleasure—the intentionality of interacting with the world—Monotheistic revelation’s main contribution toward pleasure is its insistence that things matter because G-d says they matter. If things matter because of Heavenly authority, then one’s resolve at interaction with the world, and hence the possibility of more pleasure, is more extant, possible, and so probable. And while monotheistic religion doesn’t promise pleasure per se in this world, the possibility of the most pleasure possible exists since the most amount of necessary caring exists. And since halacha represents the most amount of necessary daily caring extant in monotheistic religion, Judaism will be the religion where the most amount of pleasure is possible.