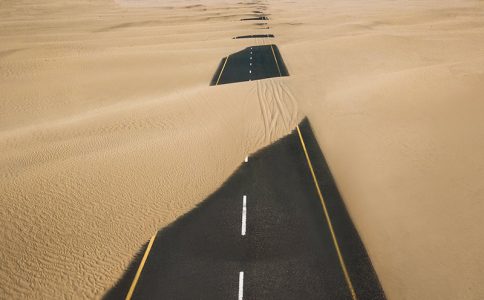 This is the third essay in a series applying values from Biblical leaders to contemporary leadership.

Most of what we know about the first matriarch is detailed in two chapters in the Bible, Genesis 16 and 21. First, we are told of Sarah’s interactions with her maidservant Hagar. Childless for many years, Sarah convinced Abraham to take Hagar as his second wife. Sarah hoped that she could raise Hagar’s children and merit G-d’s blessing that way, so she, too, perhaps might be blessed with a child. Abraham acceded to his wife’s request and married Hagar.

Soon, however, Sarah’s plan began to backfire. Once Hagar realized she was to have a child, she began to look down upon her barren mistress.

Hagar would tell (other women): “My mistress Sarah is not inwardly what she is outwardly; she appears to be a righteous woman, but she is not. For had she been a righteous woman, (she would have conceived) see how many years have passed without her conceiving, whereas I conceived in one night.”[1]

In response, Sarah made Hagar work harder than ever, reinforcing her role as the most powerful woman of the home and Abraham’s true partner.[2]

Fourteen years after Hagar gave birth to her son Ishmael, Sarah, too, was blessed with a son, who she named Isaac. Ishmael developed a wild nature and began to mock and frighten Isaac. Sarah insisted that Abraham send Hagar and Ishmael away to prevent Isaac from following in Ishmael’s ways.

While Sarah was criticized by some biblical commentators[3] for her stern approach, it is clear that her motivations were driven by a desire to restore order and maintain proper values in her own home. As desperate as she was to raise a child, Sarah was not prepared to tolerate Hagar’s lack of reverence for her nor her son Ishmael’s misconduct towards Isaac. Each incident in its own way threatened to undermine the values that Sarah had worked so hard to establish and the future she envisioned for her family. And though her methods may have been questionable, there is no questioning the fundamental correctness of her position, as evidenced by G-d’s support.

Sarah was a principled woman, someone who was clear about her role, what she stood for, and what values she needed to preserve at all costs. She was not driven by ego, as evidenced by the secondary, more modest role that she played to her husband throughout her life. “And (the angels) said to (Abraham): ‘Where is Sarah your wife?’ And he said: ‘Behold, in the tent.’”

Sarah was guided by her principles, especially when confronted with situations that were painful and difficult. She also took necessary action, even when such steps were difficult, for herself and others.

Sarah understood that her role as the matriarch of what would soon become a burgeoning nation (even if now it was in an infancy stage) requiredreal important decision-making. The impact of her thinking and actions would have a great effect in the years and generations ahead.

Getting Down to Business – Values-Based Leadership

As with Sarah, it is crucial for leaders to lead from values. Values are the core components of a person’s deepest beliefs, the concepts they hold most dear and should drive decision-making. When a leader takes the time to identify her deepest values she is likelier to remain consistent in her actions and choices. Moreover, if she is effective in articulating her values, then others will understand her reasoning and, more often than not, be more inclined to support her process.

As leaders, we are given many opportunities to choose between possible actions and reactions. While we hopefully have our own values clearly articulated to drive such decision-making, our colleagues and coworkers don’t always share those same values and priorities.

Creating a shared sense of values may not be as challenging as would first appear. For starters, gather your team together fora conversation. Offer them a values list.[4] Focus on company values and narrow down the list to a core group that can help direct future decision-making. Then, send the list around for clarification and confirmation. Once confirmed, publicize the list. At a future meeting, present scenarios so everyone can discussthe situation in the context of the values they have selected.

So, for example, the company has embraced a respectful work environment that prioritizes personal well-being and family over the pursuit of profits. Present a scenario in which these values are threatened, by such things as harsh, competitive marketplace conditions or demanding clients. Ask the group to identify the challenge to their values and how they would expect their leaders to respond. In this way, they willcrystalize their position and be prepared when the inevitable conflicts arise.

Recently, a Japanese manufacturer transitioned into their third generation of leadership. The founder’s grandson who now runs the company discovered that because he was significantly younger than many of the company’s managers, they were not willing to follow his leadership. The young CEO responded by establishing a dozen corporate values. Then he spent time working with team members to ensure understanding of and respect for the values. He regularly tells his managers, “We don’t make decisions based on what I say; we make them based on what the values say.” And they listen better as a result.[5]

Values-based leadership begins with the leader. You cannot expect your team to perform with character and integrity without first setting the example. As leader, your team looks to you for guidance and direction. You must know and have the capacity to articulate your own values as well as your organization’s values. And then you must live by them. What you do, not what you say, demonstrates most what you care about.

Values, unlike leaders, are eternal. When a leader has effectively used values – her own and others’ – as her starting point, she can be assured that her “fingerprints and footprints” will remain behind long after her departure, guiding people along a values-driven pathway.

Naphtali Hoff, PsyD, is an executive coach who helps busy leaders be more productive so they can scale profits with less stress and get home at a decent hour. For a free, no obligation consultation, please call 212.470.6139 or schedule a time here. Buy his leadership book, Becoming the New Boss. Download his free productivity blueprint and take his free productivity assessment.

[2] Genesis 16:6. Sarah’s intention was at least partly to correct the arrogance that had filtered into Hagar’s personality.

[4] Such as this one: http://www.mindtools.com/pages/article/newTED_85.htm