OLAMI Resources   /   Featured Posts   /   Questions on Passover and the Haggadah 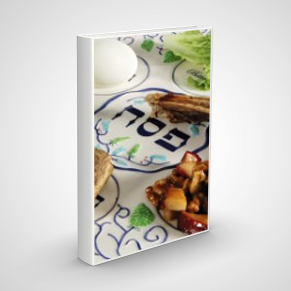 I have prepared fifteen questions below to research and discuss the answers either before, during, or after the Seder.

1. The Mishnah in Pirkei Avot (6:2) declares — “There is no free person other than one who is immersed in the study of the Torah.” Isn’t the opposite true — i.e., that the study of Torah and the mitzvot (with so many different restrictions and obligations) should actually limit one’s freedom? Furthermore, the Kiddush tells us that Pesach is “zman cheiruteinu” — “the time of our freedom.” This also seems to contradict the Mishnah, since when the Jews left Egypt during Pesach they had not yet received the Torah.

2. The Haggadah addresses the question of why we eat matzah during Pesach. At the very beginning of the Haggadah, during ha lachmah anya, it tells us that matzah was the “bread of affliction” that the Jews were forced to eat while enslaved in Egypt. Near the end of the Haggadah, however, Rabban Gamliel says that matzah represents the dough that “did not have enough time to leaven” as the Jews were leaving Egypt. As the “bread of affliction,” the matzah symbolizes our enslavement, while as dough that “did not have enough time to leaven,” the matzah expresses our freedom. How can it be that the very same item of matzah can represent these two seemingly opposite ideas?

3. Various questions on the paragraph of “ha lachma anya”:

a. Why is it the only section of the Haggadah written in Aramaic, and not in Hebrew?

b. Why does it contain an invitation for guests to come to the Seder at a point when we have already started the Seder with whomever is already sitting at our table?

c. Why do we say — “This year we are here, next year may we be in the land of Israel”

even if we are currently celebrating Pesach in Israel?

d. Similarly, what do we mean when we say – “This year we are slaves?” Hasn’t slavery already been abolished, and are we not all free men?

e. The whole paragraph seems very disjointed. It begins by speaking about the matzah, and then gives the invitation to eat. It discusses our location, and then says we are

enslaved. How are each of these four statements related to one another?

4. The Haggadah famously asks four questions. But why specifically these four questions? After all, the Seder night is filled with many other puzzling aspects — e.g. four cups of wine, washing our hands without a bracha, saying Hallel at night, etc.?

5. How does the Haggadah actually address the four questions?

6. The Haggadah says, rather ominously, that had Hashem not taken the Jews out of Egypt at that time, then we and our descendants would still be slaves to Pharaoh in Egypt today. What does this mean? First of all, the Egypt of today is very different from the Egypt of 3,000 years ago. Secondly, how could the Haggadah be so sure that nothing else would have occurred throughout all of these centuries that could have freed us from slavery? And finally, it certainly would not be the same Pharaoh who would be enslaving us?

7. One of the 613 mitzvot is the mitzvah, on Seder night, to tell the story of the Exodus from Egypt. What does the Haggadah mean to say when it tells us that this mitzvah applies “even for the Chachamim — Sages?” Do we really need to be told that even big Rabbis are obligated to fulfill this mitzvah?

9. Various questions on the Four Children:

a. Based on four separate sections in the Torah, the Haggadah derived that in every generation there would be four distinctive types of children. How was the Haggadah able to know from these verses that the four types of children would be: “chacham — wise” (Devarim 6:20-21), “rasha — wicked” (Shemos 12:26-27), “tam — simple” (Shemos 13:14), and “eino yodea lishol — doesn’t know how to ask” (Shemos 13:8)?

b. The verses in the Torah also give us answers for the four children. Regarding the wise child and the wicked child, however, the Haggadah seems to have rejected these answers and chosen its own. How could it do this?

c. The father chastises the wicked child for excluding himself from the rest of the Jewish people. However, the wise child’s question also seems to exclude himself from the nation, and the Haggadah doesn’t seem to pay any attention to this. Additionally, the same verse that the Haggadah uses to chastise the wicked child is addressed to the child who does not know how to ask. Why?

d. What relationship, if any, is there between the four children and the four questions?

10. When the Haggadah says — “Blessed is Hashem Who keeps His promises to Israel,” this refers not only to His eventually freeing us from slavery “with great wealth,” but also to the fact that initially we would be slaves and oppressed in a foreign land for hundreds of years. Why are we so happy that Hashem kept these particular promises?

11. Similarly, the Haggadah seems to tell us that the two factors which most effectively ensured the survival of the Jewish people throughout their generations were, first of all, the fact that in every generation the nations have risen against us to destroy us, and secondly, that Hashem has always saved us from their hands. This seems to be viewing anti-Semitism in somewhat positive terms. Does that make sense?

12. Why does the Haggadah go into such detail with the various opinions of Rebbe Yossi HaGlili, Rebbe Eliezer and Rebbe Akiva regarding the exact number of miracles that occurred during the splitting of the sea?

13. There is an obvious question with the “Dayeinu.” In what way would it have been sufficient if any one of these fifteen steps had been left out? For example, if Hashem had not “split the sea,” and “drowned our enemies [the Egyptian army] in the sea,” we would have been destroyed by them! Furthermore, we certainly needed G-d to give us “the Shabbat,” “the Torah,” “the land of Israel,” and “the Temple!”

14. And, perhaps most perplexing of all phrases in the Dayeinu, how would it have been sufficient if we had “been brought to Har Sinai (Mount Sinai)” if Hashem hadn’t then “given us the Torah?”

15. Rabban Gamliel declares the central focus of the Seder to be — “Pesach, Matzah and Maror.” Chronologically, however, this seems to be in the wrong order. The Maror (Bitter Herbs) should be first, reminding us of the bitterness of our slavery; then the Korban Pesach (Passover offering); and lastly the Matzah, reminding us of our having left Egypt in a hurry. Why then does the Haggadah order them differently?

If you are one of the many Jewish men and women who has been working strenuously for days (or weeks) to rid the house of all the chametz, bread products, and leavened foods, in preparation for the upcoming holiday of Pesach (Passover), you will surely appreciate the news of one more piece of chametz that is no longer…

Please join us in remembering a great icon — the veteran Pillsbury spokesman.

The Pillsbury Doughboy died yesterday of a yeast infection and complications from repeated pokes in the belly. He was 71. Doughboy was buried in a lightly greased coffin. Dozens of celebrities turned out to pay their respects, including Mrs. Butterworth, Hungry Jack, the California Raisins, Betty Crocker, the Hostess Twinkies, and Captain Crunch. The gravesite was piled high with flours.

A longtime friend, Aunt Jemima, delivered the eulogy, describing Doughboy as a man who never knew how much he was kneaded. Doughboy rose quickly in show business, but his later life was filled with turnovers. He was not considered a very smart cookie, wasting much of his dough on half-baked schemes. Despite being a little flaky at times, he still, as a crusty old man, was considered a roll model for millions. Toward the end, it was thought he would rise again, but, alas, he was no tart.

Doughboy is survived by his wife, Play Dough, two children, John Dough and Jane Dough, and they also had one in the oven. His elderly father, Pop Tart, also survives him.

The funeral was held at 350 for about twenty minutes.