OLAMI Resources   /   NLE Journal Posts   /   The Pandemic and the Reconciliation 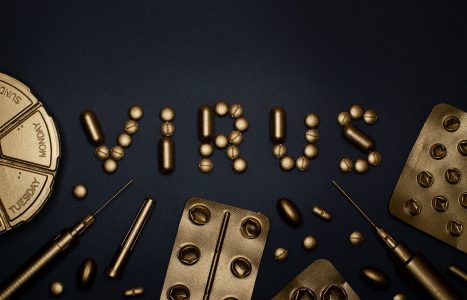 Over Pesach, I noticed a woman I thought was Baila Friedberg coming out of Shul.

“Good Yom Tov. However, my name is Mrs. Greenstein, and I am the twin sister of Baila. I am staying by her for Pesach.”

I knew Baila Friedberg for over twenty years and never heard about a twin sister. Sensing a good story, I called Mrs. Friedberg and asked if I could drop over to say Good Yom Tov. I arrived, and standing next to Mrs. Friedberg was her doppelganger Hattie Greenstein. Mrs. Friedberg broke the tension, “Yes, Rabbi, this is my twin sister. I know what you are thinking; how can it be that you have known me for twenty years, and she has never appeared?”

I was riveted to her story for the next hour.

“Until two months ago, my sister and I were estranged for over 45 years. It began when we were in high school. As we were identical twins, it was hard enough to tell us apart. In high school, where everyone wore uniforms, it was impossible to identify us. We took full advantage of the situation. We covered for each other in classes, and sometimes we even took tests twice if one of us was not prepared. However, in tenth grade, I committed a major infraction. I had copied someone’s homework, and the teacher found out. When the teacher came into the room, she was livid and, thinking that Hattie was the guilty one, she docked Hattie from attending the school Shabbos in the mountains. Hattie was sure I would fess up and admit that I was the plagiarist; however, I didn’t. I don’t know why; however, I couldn’t admit it.

“Hattie missed the school Shabbos, and for the next forty-five years, we drifted apart. When Hattie moved to Baltimore after her chasunah, and I stayed in the city, our connection dwindled to a phone call before Rosh Hashanah, and eventually, even that ceased. I always wanted to ask mechila and reestablish the relationship; however, I was advised, ‘You hurt her once very badly, give her time to heal.’ Unfortunately, that was decades ago, and we still never reconciled.

“And then Covid hit. I heard one of your CCC videos where you said, ‘We are all living in precarious times if we don’t make Shalom now, who knows if we will have another chance?’

That video from the CCC, touched me greatly. Soon after, I heard that my sister had Covid. Because of visiting restrictions, no relatives could stay with her. I begged, and I used my medical connections, and I secured a pass, and I showed up at my sister’s bedside. She was already on a ventilator. I did not say a word; I just sat with her. Amazingly and with the help of Hashem, the day arrived, and she was removed from the ventilator. As soon as she opened her eyes, I blurted out, ‘I am so sorry, Hattie, please be mochel me.’ I then broke down sobbing, begging for mechila from Hattie.

“Hattie, still in a daze from the sedation, asked, ‘What took you so long?’ I just continued to cry. Hattie, too, began to sob as she said, ‘All my life, I yearned to hear the words “I am sorry” from you before I died, and now finally, I have heard them.’ I said, ‘All my life, I just wanted to hear three words from your mouth before I died. I think you know what they are. Will I hear them?’ Hattie needed no more prompting, ‘I forgive you.’ We both burst into tears and embraced.”

All three of us in the room were crying. Baila looked up at me, “Now you know I have a twin sister.” Only Hashem could have brought a pandemic to force two old sisters to reconcile and reclaim their love for each other. Many people suffered from loneliness during the pandemic; for Hattie and Baila, it bonded them in love. There is always a silver lining in every cloud.