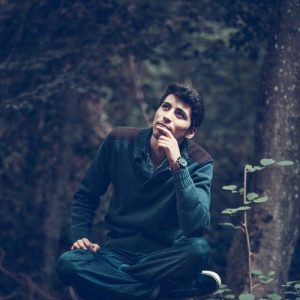 It’s okay not to know… and to admit it.

In a “social” world (sadly, often of the more superficial variety), in which we feel a constant urge to be smarter, more successful, happier, and better looking than the next person, it’s hard to start a post by admitting that I don’t know something.

That it’s above my head. And my pay grade. And will always be.

Thursday’s tragic event, in which 45 pure souls suddenly met their Maker, and many more were injured, leaves us little room for answers.

How could people who sought a close connection to Hashem, through joy, song, and dance, be snuffed out instantly and in a most torturous manner?

How could people who came to celebrate the end of dying (of Rabbi Akiva’s students) themselves be trampled to death?

I suspect that the great Aharon, the first High Priest, felt similarly when he lost his 2 sons, the jewels of his eye, on the day of national celebration.

A day that quickly turned to national mourning.

Aharon HaKohein suffered through one of the most sudden and dramatic shifts of personal circumstance in all of Jewish history. At the time of the Mishkan’s dedication, Aharon was conferred with the status of Kohein Gadol, and assumed the primary role in performing the daily avodah.

This moment of great joy, however, quickly turned tragic. Immediately after Aharon dutifully completed his personal avodah, his great sons Nadav and Avihu lost their lives.

One can only begin to imagine Aharon’s enormous pain. Just a few moments earlier, he was enjoying the greatest day of his life. Now, his world was turned upside down, and he was forced to quickly accept the painful loss of his beloved sons.

Aharon reacted to his circumstances with great strength and courage. He silently accepted Hashem’s will and continued to perform the avodah as if nothing tragic had occurred. For this, he was rewarded with a special, direct command from Hashem. (Vayikra Rabbah 12:2)

Sometimes, the “best” response is no response. Just to take it in, accept the loss with unwavering faith, and, if necessary, ask questions later.

I have no idea what Hashem was “thinking” when He allowed this event to unfold.

Nor can I say with any form of conviction what it is that He wants us to learn from this.

I doubt that any of us can.

What I do know is that it’s been a wakeup call towards national unity and the appreciation of each precious soul.

Just look at each picture. Closely. Think about your connection, even if it’s “only” the connection of being another Jew.

And try to learn their stories. One individual at a time.

I also know that the situation demands something from us.

To be better in some way. Kinder. More connected with Hashem, and each other.

I have committed to reciting the requisite number of berachos (100) each day, and with more concentration. As Rav Samson Raphael Hirsch wrote, when we “bless” Hashem, we recognize Him as the Source of all goodness, even when we cannot see it.

And now, I return to silence.

New Class and Source Sheets! The Jewish View of Birthdays