OLAMI Resources   /   Featured Posts   /   What is Bitcoin & How Can it Benefit Your Nonprofit Organization? 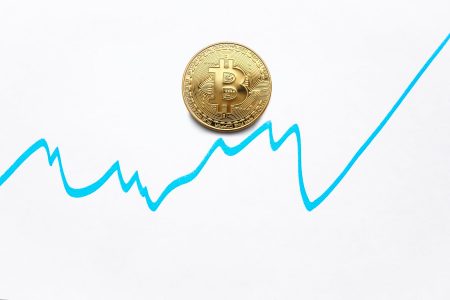 We aim to help your Jewish nonprofit organizations keep up with the latest trends and methods used to help bring in additional funds and donations.

It’s for that reason that we have written posts such as All You Need to Know About Google Grants for Nonprofits and Why Your Organization Needs to Know About AmazonSmile—Right Now.

In this post, we are going to explain what Bitcoin is and help you decide if it can serve as an additional way for people to make donations to your nonprofit organization.

Bitcoin is a new digital currency that exists solely online. It was created in 2009 by a then-unknown person named Satoshi Nakamoto. (Nakamoto has since been identified as Dorian Nakamoto of Temple City, California, but theories about a Bitcoin ghostwriter still persist.) Nowadays, Bitcoin receives a lot of media attention. See for example this article in the Washington Post entitled, 12 Questions About Bitcoin You Were Too Embarrassed To Ask.

Around the world, Bitcoins are used to buy and sell things. For example, people can buy goods at online retail sites such as Overstock.com (which sees Bitcoin sales reaching $10 million to $15 million this year), can purchase food such as a Subway sandwich and can book flights and hotel rooms on sites such as: Cheapair, BTCTrip, Pointshound, SimplyTravelOnline.com, and 9flats.com.

Bitcoins are also traded in for dollars, euros or other forms of currency at an exchange rate. For instance, according to XE.com, one Bitcoin is worth $455.758. To learn more about what is Bitcoin, see this short video below:

Still unsure why you need to know about Bitcoin?

Consider this: In 2004, there were nearly 13 million Bitcoins in circulation (see the current figures here)! And, with millions of Bitcoins out there and the number of Bitcoin users growing every day, there are people who would relish the opportunity to begin using this currency to help their favorite nonprofit. Click here to see the growing list of nonprofits who have started accepting Bitcoin donations.

What is Bitcoin and why does it matter?

Andreas Antonopoulos’ full-time job is explaining Bitcoin to people who don’t know anything about it.

Watch his video, “Bitcoin Explained in the Bitcoin Basics Workshop.” You’ll know more about how Bitcoin works than 99.9% of the rest of the people on the planet and you’ll see if it’s somethinig that is right for your organization to consider:

How Can Nonprofits Accept Bitcoins in Their Pushka?

Your organization can use Coinbase or BitPay to receive Bitcoin donations. Did you know, Coinbase is now the top app in Coinbase’s mobile app is currently the App Store’s most popular app in the United States, ahead of TikTok, YouTube, and Instagram.

Crypto.com, another popular crypto exchange, is also in the App Store’s Top Ten rankings, according to SensorTower.

Both of these sites have lower fees for processing Bitcoin donations than you will find at any credit card processor. In fact, Coinbase allows you to receive your first $1 million in donations with no processing charges! Best of all, both sites allow you to easily convert Bitcoins to dollars, euros or any other currency.

Once you have set up an account with either Coinbase or BitPay, make sure that you update the donation page on your website to let people know that they can now help their favorite Jewish organization by using Bitcoin! You can download free “Bitcoin Accepted” images to spruce up your website by clicking here.

Even if you have don’t have a tech-savvy donor base, you should still consider sending out an email blast to your list of congregants, students and donors letting them know that you now accept Bitcoin donations for your nonprofit. After all, you never know who has recently decided to dabble or invest in Bitcoin and would gladly send a donation your way using this virtual currency.

Whether or not Bitcoin will become widely accepted remains to be seen. However, as it costs nothing for your organization to accept, it certainly makes sense to allow people to donate using this currency, as it can only benefit you and your organization for the foreseeable future. Please note: until recently, Bitcoin wasn’t subject to any taxes or government regulations. Despite being around for a number of years, U.S. regulators are still figuring out how to deal with Bitcoin.  With that said, Amazon is prepping for a Bitcoin world and NFL star Aaron Rodgers…well…see the tweet below. As such, we recommend that you consult your accountant regarding how to process and account for Bitcoin donations as well as how to prepare receipts for Bitcoin donors prior to accepting them at your organization.