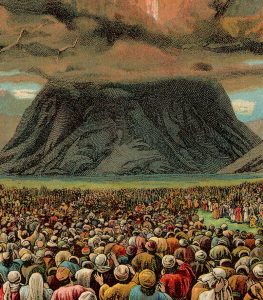 Who will inherit the dynasty?

There was once a Chassidic Rebbe who was the leader of a large community. He had three sons, each one of them posing an important quality. One was the eldest; another, the biggest scholar; and the third, the most charismatic.

It was understood that upon the Rebbe’s passing, one of his sons would assume leadership of the community. Since all three were so well qualified, this was clearly a decision that only the father could make. Unfortunately, however, the Rebbe left this world without announcing a successor. Weeks went by and, although each of the three sons wanted to be the new Rebbe, none of them could prove that their father had been leaning more towards him than the other two. One morning, one of the sons came over to his brothers. “Last night I had a dream,” he said. {Can you guess what it was?}

“I saw our father. He told me that he wants me to be the new Rebbe.”

The mindset of the two brothers

If we were the brothers of this “dreamer,” how would we be likely to feel about his claim? What would we respond to him?

To accept or not to accept?

Not surprisingly, the two brothers rejected their third brother’s claim. This was based on a very simple point of logic. While they had no problem with the idea that their father could have come back in a dream to communicate his intentions on this critically important issue (after all, they were the sons of a Chasidic Rebbe!), the way that their brother claimed it had occurred made no sense.

Once their father was going to announce who he wanted to succeed him, why would he have told only one son? Wouldn’t it be more reasonable for him to have told the other two as well? In other words, why would the two brothers, as well as the community at large, be expected to accept the claim of one brother as a pure leap of faith, when the father could have given clear knowledge of its truth to all of them?

Please take a moment to ask yourself, “Does this logic make sense to me?”

The Rebbe story and religion

This story, as you may have guessed, is actually an analogy. Let’s apply the logic of the Rebbe story to the establishment of Islam, for example:

What would we imagine the Arabs saying when Muhammad came to them and claimed that G-d had designated him to be their leader? Following the Rebbe story model, we would have expected something like, “That doesn’t make any sense! If G-d had really wanted us to believe in you, then He would have told us directly that you were His prophet!”

Why the Arabs did not, in fact, offer this type of a challenge is more of a psychological question than a theological one. And, of course, it is a question which is certainly not unique to Islam. All throughout history, charismatic leaders have convinced people to follow them without any objective evidence at all.

What we see, therefore, is that there are two possible foundations a religion could have:

Rabbi Asher Resnick serves as a senior lecturer at Aish HaTorah’s Executive Learning Center, and is a senior training lecturer for Aish’s Rabbinical Ordination program. As a close student of Rav Noach Weinberg, zt”l, he developed a special expertise in addressing fundamental issues in Judaism, as well as in bringing classical texts to life. As a bereaved parent, Rabbi Resnick’s extensive writings on loss, suffering and trauma provide a sensitive Jewish perspective on coping with these fundamental life cycle issues. OlamiResources.com is happy to highlight several essays over the coming months featured on his website JewishClarity.com. This essay should be l’zechut ul’iluy nishmat Ruchama Rivka, a”h, bat Asher Zevulun.