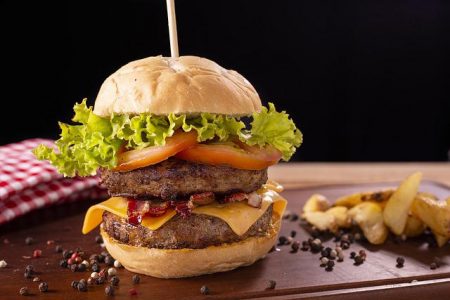 At first glance, saying brachot on non-kosher food would seem to be a non-starter. The Shulchan Aruch writes unambiguously in Orach Chaim 196:1:

If one ate a prohibited food, even if it is only Rabbinically prohibited, he may not be included in a zimun, nor should he make a bracha on it, neither before nor after [he eats].

Since it is a prohibited food, and there is a transgression in eating it, he is cursing G-d with his bracha, as it says (Tehillim 10:3) ‘ובצע ברך, נאץ ה’ ‘One who blesses the robber (botzei’a) curses G-d’.

In Orach Chaim 204:9 the Shulchan Aruch rules, “If one ate or drank a prohibited food because of danger, he makes a bracha both before and after.” This reinforces the Mishnah Berurah’s explanation that the impropriety of making a bracha stems from the issur achilah ­– the transgression of eating the particular food. In the case of danger, where the sin of prohibited consumption is overridden, the obligation to recite a bracha remains intact.

The source of this ruling is fairly well-known beraita to which the Mishnah Berurah makes reference. This beraita appears in several places in the Bavli (Sanhedrin 6b would appear to be the ‘home’ sugya, as only there is the beraita quoted in its entirety), in the Yerushalmi (Sanhedrin 1:1, 18b), and in the Tosefta (Sanhedrin 1:2). Amazingly, there are minor variations in the standard printed texts of three occurrences which can have strong practical ramifications.