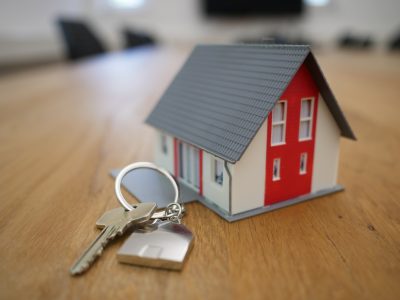 Rabbi Elazar of Bartosa says: Give Him from His Own, for you, and your possessions are His. As King David says (Divrei Hayamim 1:29): “For everything comes from You, and from Your Own we have given You.” (Pirkei Avos 3:8)

The Torah begins with the story of Creation not just because our world begins there historically, but also because it starts there philosophically. Hashem’s creation of the world is the backdrop to the Jewish view of the world and of ourselves.

Rav Elazar Ish Bartuta encourages us to “tein lo mishelo she’atah v’shelcha shelo” (give G-d what is His, because you and that which is yours are His). [1] Tehillim 24 explains that the world is Hashem’s because he created it: “LaHashem ha’aretz u’meloah teivel v’yoshvei vah. Ki hu al yamim yisadah v’al neharot yichonenehah – By David, a song. Hashem’s is the earth and its fullness, the world and those who dwell in it. For He founded it upon seas and established it upon rivers.” [2]

How We Get What We Have

This pasuk speaks of Hashem’s ownership over three distinct components of our world. The first is the framework: the land (aretz) and the universe (teivel). Later in Avot, [3] the Mishnah identifies ‘shamayim’ and ‘aretz’ as one of Hashem’s five kinyanim (possessions). [4]

The pasuk also mentions Hashem’s ownership of the second component — the world’s contents (meloah). During the first three days of creation, Hashem created the containers; during the last three, he created their contents. [5] People often see money [6] and other objects — the meloah of the world — as their own; actually, they are owned by Hashem — their Creator. [7]

There is another basis for Hashem’s ownership. The pasuk in Mishlei directs us to honor Hashem “mei’honecha — from your wealth.” [8] The Midrash Tanchuma [9] reads the word “honecha” as “chininecha” — the gifts G-d graces us with. We ought to recognize that in addition to creating all objects, Hashem is also responsible for specific objects being in our possession.

This connects to the Midrash Rabbah, which quotes Hashem as saying:

Sometimes we take what we have for granted and, therefore, don’t always show appreciation for Hashem who created them and gives them to us.

One question remains. What is Rav Elazar Ish Bartuta adding when he says that we should give G-d what is His? Dovid Hamelech already made this very point in the pasuk Rav Elazar himself quotes: “Because it is all from You and from your hand we give to You.”  [11]

I believe that Rav Elazar Ish Bartuta’s chiddush here is one word – “She’ata v’shelcha shelo.” It is not just the world and its contents that are Hashem’s, but we are, as well. We should ‘give Hashem what is His’ not only because the objects are His, but because we, the ‘owners,’ are also His. As the Gemara in Pesachim [12] says: “That which a servant acquires, his master acquires.”

This is the critical point of the first perakim of Sefer Iyov. G-d challenges Satan to see if he can get Iyov to sin. Despite Satan destroying all of Iyov’s possessions, Iyov responds nobly: “Hashem gives and Hashem takes away. May his name be blessed.” [13] In Perek Bet, Satan asks Hashem for permission to strike Iyov’s health. [14] After Hashem gives him the OK and he does so, Iyov curses the day he was born. [15]

Iyov, and people in general, naturally take existence and good health for granted.  In truth, we are created and sustained by G-d. [16] We should, therefore, see ourselves as His as well. [17]

This is the third component of the aforementioned pasuk: “LaHashem ha’aretz u’meloah tevel v’yoshvei vah.”  It is not only the land and its contents, but also its residents, who belong to Hashem.

All three of these things — land, possessions, and our very selves — are what we are referring to in the first beracha of Shemoneh Esrei when we describe Hashem as “konei Hakol” (the owner of all). [18] We turn to Hashem in prayer with the recognition that we are His and gratitude for His having created us.   [19]

[4] Vayikra 25:23 uses this idea to explain our inability to sell land beyond yovel.  Rashi famously begins his commentary to the Torah by building off this idea. See also Ibn Ezra (Shemot 3:22) who uses this idea to justify Hashem’s command to the Jewish people to borrow the finery of the Mitzraim without the intention to return it.

[7] We express our appreciation of this fact by reciting berachot (that recognize Hashem as creator) before eating or receiving pleasure.

[9] Midrash Tanchuma, Re’eh Perek 14. The Midrash reads the letter hey in “honecha” as a letter chet to get “shechinenechah.”

[11] Divrei Hayamim I 29:10-16. This is a continuation of the piece “Vayevareich David et Hashem” that we know from Shacharit.

[16] As we emphasize in Modeh Ani and Elokai Neshama, this creation reoccurs daily.

[19] See Maharal (Netiv Ha’avoda 1:1) who explains that avodat Hashem indicates our recognition of Hashem’s ownership over the world.

Rabbi Reuven Taragin is the Dean of Overseas Students at Yeshivat Hakotel.