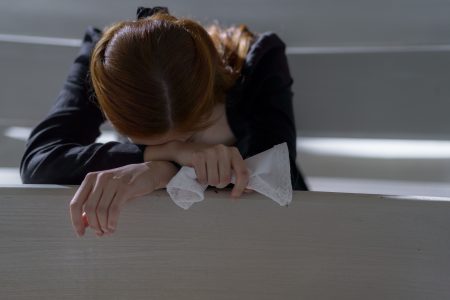 Nechama (consolation) is one of the greatest gifts that Hashem gives to us. We would literally not be able to survive without it. As essential as it is, however, there are aspects within it which are not so widely understood or appreciated. We therefore present a three-part series that fills in much of those important ideas.

Rav Hirsch (Bereshit 5:29) writes that nechama refers to being comforted, altering one’s decision, or having remorse or regret for something that one has done. He explains, however, that the primary meaning is “to change one’s mind.” By extension, we get the meanings of “remorse” and “change in decision.”

Consolation certainly changes the way we feel about what happened. While a painful loss will set us in motion internally — consolation brings us rest, soothes our mind, and quiets our raging emotions.

The verse which most clearly expresses this primary meaning of nechama as reconsideration is Bereshit 6:6–7: “Vayinachem Hashem (G-d reconsidered) having made man on earth, and He was pained in His heart. And Hashem said — I will blot out man whom I created from upon the face of the earth…ki nichamti ki asitem (for I have reconsidered having made them).”

Rashi explains — “nehefcha machashavto shel Makom (the thought of G-d was transformed)… kol lashon nichum sh’b’mikra (every usage of nechama in a verse) means nimlach mah la’asot (reconsidering what to do)…they all mean: to have machshava acheret (a different thought).”

Rav Shimon Schwab demonstrated that nichum aveilim (giving nechama to the mourners) must mean to change the minds of the mourners, and not merely to comfort them. After the death of Yaakov Avinu, Yosef spoke to his brothers — “…Vayenachem otam vayedaber al libam — he gave them nechama and spoke to their hearts” (Bereshit 50:21). Since “vayedaber al libam — he spoke to their hearts,” means that he comforted them, then the word “vayenachem” must clearly mean something else.

Rav Schwab explained that “Vayenachem otam” referred to Yosef [trying to] change the minds of his brothers, to convince them that they had been wrong in what they had done.

This is also what is meant by — “Nachamu nachamu ami” (Give nechama to my nation) (Yeshaya 40:1). G-d will change our minds about the tribulations of galut (exile). We may think that they were bad for us, but, in the end, He will show us that they were actually for our benefit.

And, finally, the phrase, “HaMakom yenachem etchem b’toch she’ar aveilei Tzion v’Yerushalayim — G-d should give nechama to [the bereaved] among the other mourners of Zion and Jerusalem” means this as well. It is a plea that Hashem should change the minds of the bereaved by showing them how all was ultimately meant for the good, just as He will also show the mourners of “Zion and Jerusalem” how the destruction of the Temples were for the good. (Reb Yochanan’s Bone, pg.166–8).

An additional aspect of nechama, separate from its definition, is for the deceased to be forgotten from the heart (after a close relative passes away). In fact, the Gemara (Pesachim 54b) says that this forgetting from the heart is one of the three things that, even if Hashem hadn’t decided to create them, would have needed to have been created, because without them, man would be unable to survive.

Rabbi Asher Resnick serves as a senior lecturer at Aish HaTorah’s Executive Learning Center, and is a senior training lecturer for Aish’s Rabbinical Ordination program. As a close student of Rav Noach Weinberg, zt”l, he developed a special expertise in addressing fundamental issues in Judaism, as well as in bringing classical texts to life. As a bereaved parent, Rabbi Resnick’s extensive writings on loss, suffering and trauma provide a sensitive Jewish perspective on coping with these fundamental life cycle issues. OlamiResources.com is happy to highlight several essays over the coming months featured on his website JewishClarity.com. This essay should be l’zechut ul’iluy nishmat Ruchama Rivka, a”h, bat Asher Zevulun.