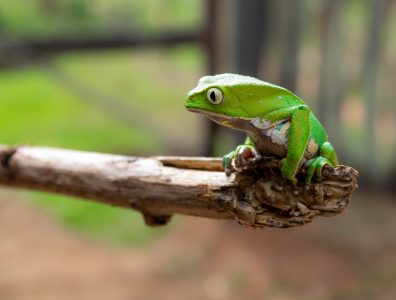 Retired U.S. Army four-star General Stanley McChrystal gets a lot done. And it starts with his mornings, which are organized with military precision. Since his day is booked with work, he wakes up each morning at 4:00 AM to get in a 90-minute workout in before he heads into the office. This is the advice he dispenses for all of us to improve our own morning routines.

“Find certain things you know you should do, don’t like to do, or make excuses to avoid, and then do them every day or every other day, and then it just becomes a habit.”

Said differently, our daily disciplines around the things that we don’t necessarily love but know that we need to do creates new habits. And we know that, for the most part, we do our habits no matter what, even when we’re not motivated to. In fact, these habits start to form our identity, which further reinforces the likelihood that we will do them.

Less than a year ago, I decided to start exercising each morning before davening. I had been exercising midday but often struggled to make time or to avoid feeling rushed. Since I attend a 6:30 Shacharis, my new commitment meant getting up at 5:00 AM, no easy feat. So, I started going to sleep earlier and made some other small adjustments. While I do struggle to get up from time to time, on most mornings I just get up and get going. Not only because I am more disciplined than before, but because I now identify as someone who exercises daily and makes fitness a priority. This is a trait called “self-determination,” which means acting in accordance with one’s core self-identity. It is ranked by some experts as one of three basic psychological needs, along with competence and a sense of relatedness, and is a powerful motivator.

McChrystal’s approach can serve you well at work. We all have tasks on our to-do list that we dread doing. For some, it’s a proposal or a blog post that needs to be written. For others, it’s an unpleasant meeting to schedule or a call to make. Or it could be a project that just overwhelms you due to its scope and complexity. Whatever it is, it hangs over your head as you push it from one day to the next. It’s time you end that cycle by getting that difficult task done first before you tackle everything else.

And following McChrystal’s early (i.e., first thing) approach can serve all of us well if we wish to get more done each day. There are two primary reasons to tackle the hard stuff early. One, the morning is when you’re the freshest. Two, once the big obstacles are out of the way, the rest of the day seems more manageable. Author and speaker Brian Tracy calls this eating your frog, because once you “eat that frog” (i.e., the most unpleasant thing that’s on your bucket list), everything else looks simple and enjoyable by comparison. Studies show that successful people make a habit of tackling the toughest things first, then managing the rest as they are able. (This contrasts with the average person who works on easy, enjoyable tasks first and then never seem to have the energy, focus, or interest in getting to the harder ones.) Just think how easy your afternoon will breeze by if those miserable reports aren’t looming over you.

Start by doing something about the overwhelming task. Make that call. Pull out a piece of paper and brainstorm ideas for that blog post. Whatever you need to do to gain some momentum and move purposefully in the right direction. Maybe you can’t finish it in one day, but you can at least get started. Whatever it is, just do it. And let the satisfaction of crossing it off your list carry you into the rest of your busy day.