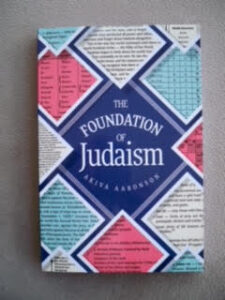 The Beginnings of Mankind

Adam HaRishon was the first man. Hashem created him from the earth of the ground, and thus he was called Adam, meaning “earth.” Hashem created a wife for Adam. Adam called his wife Chavah because she was the mother of all people. [1]

Hashem planted a garden in Eden, to the east, and placed Adam and Chavah there. Hashem told them, “Of every tree of the garden you may eat, but from the Tree of Knowledge of good and bad you may not eat.” [2]

However, Adam and Chavah ate from the Tree of Knowledge, and Hashem banished them from Gan Eden. Henceforth, Chavah would have to endure pain at childbirth, and Adam would have to find his sustenance only through hard work.

Chavah conceived and bore a son and named him Kayin. She bore a second son named Hevel. Hevel became a shepherd and Kayin a tiller of the ground. [3]

Both Kayin and Hevel brought offerings to Hashem, but Hashem

accepted only Hevel’s offering. In jealousy, Kayin killed Hevel. Hashem cursed Kayin and decreed for him a life of wandering.

Adam knew his wife again, and she bore a son called Shes.

The Ten Generations from Adam to Noach

The world was populated by the descendants of Adam and Chavah. After ten generations, in the year 1056, Noach was born. [4] He was descended from Adam and Chavah through Shes and lived for 950 years. Noach had three sons: Shem, Cham, and Yafes. ln Noach’s generation, the world was corrupt and evil. People practiced idolatry, and theft was common. Only Noach remained righteous, as it says: “Noach was faultless in his generation; Noach walked with G-d .” [5]

Hashem told Noach that he must build an ark, a teivah, for He

intended to bring a flood that would destroy all life on the earth. [6]

In the year 1656 after Creation, the Flood came and destroyed all

life. The fountains of the deep opened up, and from the heavens the rain fell for forty days and forty nights. Only after a full year was the earth habitable again. The ark came to rest on the mountains of Ararat, and only those in the ark survived—Noach, his family, and the animals. After the Flood, the world was repopulated through the sons of Noach.

Mankind had been given six laws as the basis for life. After the

Flood, Noach was given another mitzvah, since, for the first time, man was permitted to eat meat. This additional mitzvah was: “Do not tear a limb from a living animal.” [7]

(Seven Mitzvos of the Children of Noach), and all of mankind is required to live according to them. [8]

[1] The name הוה (Chavah) is from the same root as the word חיה (chayah), which means “living” (Bereishis 3:20 Rashi). Thus, the name Chavah indicates that she was the mother of all people.

[4] See page 42 for list of the generations from Adam to Noach.

OlamiResources.com is greatly appreciative to Rabbi Akiva Aaronson for sharing three free chapters from his important recent sefer, The Foundation of Judaism. The sefer offers educators and their students an overview of basic concepts of Judaism and Jewish life, focusing on emunah, Jewish history, lashon HaKodesh, Tefillah, Torah study, Torah transmission, the Jewish calendar, Shabbos and Kashrus. Torah U’Mesorah stated that this sefer offers “a lucid and concise resource for those who teach any age.”  Hamodia said the book is “a veritable goldmine.” This is the first of three installments – the chapter titled, “Basic Jewish History.”