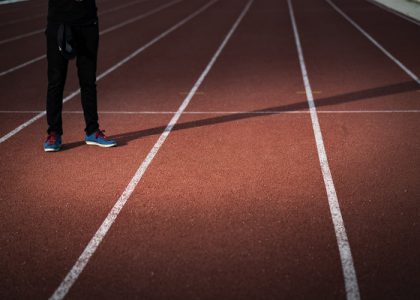 For the most part, the other drivers on my side of the divider followed the standard script. Those in the right lane were the slowest, with lots of folks occupying that lane temporarily to enter or exit the road. Drivers in the center lane were the majority. They maintained a healthy, predictable speed and were largely content to keep their place in line. Then there were the left-laners. These folks were the most aggressive, clocking in at the highest speeds. They would also weave in and out of lanes in order to improve their position and arrival times.

On occasion, however, we encountered someone in the left lane that failed to follow “the rules.” This driver would maintain right or center lane speeds, even as other drivers closed in quickly behind them. They did not respond to the fact that they were preventing others from passing, forcing those drivers to navigate around them in order to maintain their desired speeds.

After taking a few days to recover from the trip, it dawned on me that this road dynamic can serve as a useful metaphor for how we approach life in general and specifically career-related decisions.

Those in the proverbial right lane of life fit into one of two categories. Some are the slow movers. These people are content to take things slow and play it safe. They don’t like to take risks and aren’t bothered that everyone else is passing them by. Others hang out in the right lane temporarily, as they exit or enter the road. They are dissatisfied with the status quo and jump off their current path to chart a different course.

Like those to their right, folks in life’s center lane are also relatively risk averse. True, they don’t travel as slow, but they too like the comfort of predictability and conformity. In some respects, they eschew risk even more, in that they don’t have to deal with folks who are in transition. They just get in their lane and set their lives to cruise control, happily doing what others in front of them do.

Those in the left lane of our metaphor are clearly the biggest risk takers. They set their own speeds and, when blocked, find ways around them. The risks that come with their aggressive approach are the price they pay for living fast and free.

It would be a mistake, however, to think that risk only resides in life’s left lane. In fact, each lane comes with its own risks. According to one source, while crashes in the left lane are often the most intense, the left lane actually has the fewest crashes. The right lane, with its continuous merging, is where the highest rate of accidents occurs.

While most people may think that living safely carries the least risk, it is not always so. Many of the seemingly safe decisions we make are based on two conditions: (1) that nothing surrounding the current circumstances will ever change (for example, my industry, company and job will always be there,) and (2) that if so many people in front of us are doing the same thing, they must know what they’re doing.

Yet, we know that this is unrealistic and untrue. It has been said many times that the only thing that is constant in life is change itself. We cannot expect future stability and success simply because our current approach has served us or others in the past.

Let’s look at the following common example: A young professional, Sally, has been working at an established company for five years. She is offered a promising opportunity at a young, small firm. She’ll be able to leave her soul-sucking job in favor of better work/life balance, more reasonable hours, a shorter commute, and the ability to make a bigger impact. If all goes well and this new firm grows, she can advance to a partner role and will match her current salary in a few years.

But Sally is unsure. After all, the new firm is not guaranteed to be successful; the move just seems too risky. In the end, she decides to stay in her “stable” position. One year later, Sally loses her job in a round of downsizing. She’s left worse off than had she taken the job.

When Sally made the decision to play it safe, she didn’t consider the possibility that her current job situation could change for the worse. While moving over to the new, smaller company seemed like the riskier move, Sally could have better evaluated the risk of staying put, such as red flags about the company’s trajectory and bottom line.

Not taking action has costs that can be as consequential as taking risks; it’s simply less common for people to calculate and pay attention to the “what-ifs” of our inaction. In today’s marketplace, where jobs and job categories are being destroyed and invented at an accelerating rate, the riskiest move one can make is to assume that your industry or job is secure.

In life there’s no such thing as a sure bet. Even the most stable of conditions has its risks. In fact, sometimes playing it safe is the riskiest strategy of all. Change is the norm, not the exception. When making important decisions, we need to try and anticipate the potential upheaval of all our options, including the one that appears to be the most stable.

There are a variety of complicated financial and behavioral barriers to risk-taking — poor planning, loss and risk aversion, the sunk-cost fallacy are but three — but in essence it boils down to the fact that we are wired to resist giving up the known in exchange for the unknown.

Not only can playing it safe not always produce the safest outcome, but our attempt to safeguard against the risk of loss, the smaller and narrower our lives become and the more we eclipse our capacity to feel joy.

Here are some ways to become more risk-tolerant and take proper action:

Then, armed with real-world data, you will have more clarity to decide about the correct next steps for each hypothetical career change.

Naphtali Hoff, PsyD, is an executive and business coach and President of Impactful Coaching & Consulting. For a free, no obligation consultation, please call 212.470.6139 or email info@impactfulcoaching.com. Check out his new leadership book, “Becoming the New Boss”, on Amazon. Download his free eBook for understaffed leaders at ImpactfulCoaching.com/EPIC.