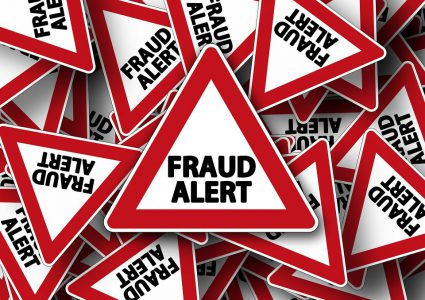 There are two unethical ways that people often make themselves feel superior to others. They get others to look up to them, even though they do not deserve the attention or praise. Or, these people say or do something to make others feel bad about themselves. Essentially these are two sides of the same coin. Therefore, this chapter will investigate both of these Jewish concepts and transgressions. The first, gaining favor in the eyes of others without deserving it, is called Genaivat Daat. The second, making a person feel pain by intentionally saying or doing something to that person is the sin of Onaat Devarim, or “hurting another person through words.” This chapter will concentrate on the former (there is a separate chapter in this volume on the latter).What exactly is the sin of telling somebody something that he or she should feel better about you? Why is it a sin at all? How can we define this concept? What exactly is forbidden and permitted to do or say in this area? Finally, how severe is this sin on the scale of Jewish transgressions?

THE DEFINITION AND TORAH PRECEDENTS OF FALSELY PROPPING ONESELF UP

The Hebrew term for falsely propping oneself up is called Genaivat Daat, which technically means “stealing someone else’s thoughts.” It signifies a conscious effort by an individual to look better in the eyes of another person or people than he or she actually deserves to be viewed, or, similarly, it means making an object for sale appear more desirable and valuable than it really is. There are two places, one in the Torah and the other in the Prophets, where this phrase is used. The first relates to evil Lavan, after his son-in-law Jacob, who lived in Lavan’s home for twenty years, and then snuck away at night because he was afraid that Lavan would never let him leave. Lavan‘s reaction to Jacob’s leaving (when he caught up to him) was to say, “What did you do? Why did you steal my heart?” In the next verse he again says “you stole me” because you escaped and ran away. Rashi says these phrases in the verse refer to Genaivat Daat – i.e., that Lavan accused Jacob of appearing to be friendly, appreciative and satisfied with his life in Lavan’s house, when he obviously was not. Chatam Sofer comments that this feigning by Jacob to Lavan would generally be forbidden for a Jew, even towards a non-Jew like Lavan, but he explains that Jacob legitimately did this only because he was afraid for his life.

Later on, Abasalom, King David’s son, wanted to ingratiate himself with the people. He took chariots and horses and placed fifty people in front of him in order to impress the masses. When some individuals had a lawsuit against another person, and there was no one to hear the case, Abasalom would stand by the gates of the city (the place of judgment) and tell people that if he were made a judge (though what he really meant was if he were king), he would hear their case and give them justice. When anyone came to bow to him, Absalom would kiss the person’s hand. (He did all of this to make the people feel he was on their side and cared about them, when in truth he was not and did not). The verse says that Absalom “stole the hearts of the people” through these actions. Absalom made the people feel that he was a better person and more deserving than he really was, and that he cared about them much more than he actually did. This is Genaivat Daat – i.e., propping oneself in the eyes of others when it is undeserved.

These stories and phrases are reflected in Jewish law. The original source in the Mishna forbids taking objects for sale and making them appear better and more worthy than they actually are, in order to be sold at a higher price. This is forbidden by the prohibition Genaivat Daat. Thus, the Mishna says that a vendor of fruit may not mix up fruit of better value with fruit of lesser value since it will all appear to be of better quality(and more expensive) than it really is. The Mishna continues with other cases, where it is forbidden for the same reason to mix less expensive wine, with more expensive wine unless the combination made it superior wine. Similarly, it is forbidden to dilute the wine with water (lowering the quality) without informing the customer that this was done to the wine. In the same vein, the Mishna forbids the mixing of five different qualities of grain, making it appear as though the best quality was present throughout the grain. One may not take the refuse (the non-edible part) of the fruit from the top and put it in the middle, and then sell the entire bin of fruit by weight, making it appear that the entire amount is all edible fruit, thereby deceiving the customer. Finally, it is forbidden to take used items and paint to them in order to make them appear (and sell) as new. This is true with cattle and even people who are servants. The principle remains: it is forbidden to present something as better than it really is. This is the basic law, but the implications for daily life go far beyond the marketplace and laws of Jewish commerce.