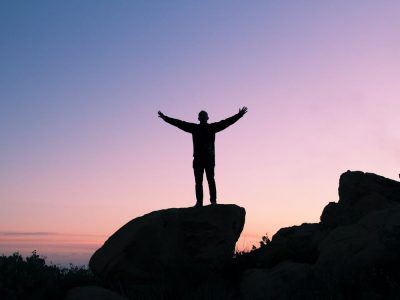 I know a Holocaust survivor who lives on the West Coast. I attempt to speak with him once a week. Last week I casually asked him if the fact that all the shuls and Batei Medrash have been sealed shut reminded him of Europe before the war. My friend, who is in his mid-nineties, was taken aback in a way I had never seen.

He immediately responded forcefully, “What are you talking about? How can you even think about comparing the two? In Europe, the Nazis and their collaborators sealed the Shuls to punish the Jews and to dehumanize them and ultimately exterminate them. Here is America; the government asked us to close our Shuls to SAVE us from harm! They asked us to close the Yeshivas to help save Jewish lives.

“How can you even think of comparing the two? Here in America, we are protected and enjoy the same rights as any other citizen. America tries to protect its Jewish citizens; the Nazis singled us out for destruction. Yes, it is sad that our shuls are closed, and the yeshivas are sealed, however, never think of comparing this situation to Europe.

“Do you know that from August to October 1942, 1.32 million Jews were murdered in Nazi death camps! An almost inconceivable 15,000 Jews were annihilated, gassed, or shot to death per day! Can you imagine in just three months over a million and a quarter Jews being wiped out? Yes, this pandemic is terrible and it’s dangerous and, in too many cases, lethal. However, to even think to compare it to the Holocaust in both intent and scope is outright wrong and inaccurate.

“We will get through this. Hashem will never abandon us. However, please keep things in perspective. There is no government-sponsored plot to kill off Jews, Chas V’Shalom. With Hashem’s help, this too shall pass, and with Hashem’s help, we will be more sincere in our commitment to Tefillah and Torah. However, please stop with comparisons to the Holocaust, you tarnish the memory of the holy Kedoshim. May Hashem heal all our people, speedily and in our days.”

That is a lesson I shall never forget.