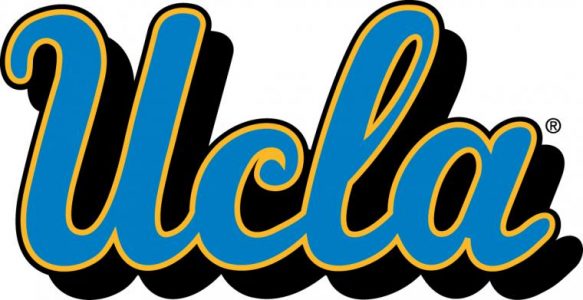 Annie Lowrey, in the November 28, 2019 edition of The Atlantic, bemoans our “age of polarization, xenophobia, inequality, downward mobility, environmental devastation, and climate apocalypse.” Furthermore, Lowrey maintains, the internet and social media, despite connecting the world, has simultaneously “driven people into political silos, incited violence against minority groups, eroded confidence in public institutions and scientists, and made conspiracy theorists of us all—while making us more selfish, less self-confident, and more socially isolated.”

What is needed, she argues, is “systemic change” to rectify our world – a paradigm shift to “build a kinder society that would make life better for everyone.” Such is the mandate given to UCLA’s newly established think tank, the Bedari Kindness Institute. Fueled by $20 million in start-up capital by businessman Matthew C. Harris and his wife, Jennifer, the institute was supported in response to an awareness that he was unkind to himself. Harris’s perfectionist tendencies made him judgmental of himself and others, an attitude “that is not sustainable.”

Lowrey suggests that, “The antidote seems to lie in media, economic, social, and political change—lower inequality, greater social cohesion, less stress among families, anti-racist government policy.” What role does kindness play? The think tank’s director, Daniel M. T. Fessler, related that, “Kindness is an end unto itself,” with the added therapeutic benefit of improving one’s physical and mental health, as well as relationships with others.

Previously, the June 12, 2014 edition of The Atlantic cited research from the renowned marriage therapist John Gottman that the single most important factor determining success in a marriage is whether they share a spirit of kindness and generosity. And, the December 4, 2017 edition of Psychology Today reported that many universities, including Harvard, look for kindness in applicants as an important factor for admission.

If UCLA’s Bedari Kindness Institute researches the origins of kindness, they will be astounded to discover that their mandate was already initiated 3800 years ago by Avraham Avinu as a central principle in Judaism and subsequently canonized as vital to the entire world.

As Pirkei Avos teaches us, “The world rests on three principles, Torah, Divine Service and practicing kindness – gemillas chasidim. Moreover, Rabbi Jeremy Kagan, in “The Intellect and the Exodus” (Chapter 9), explains that Avraham Avinu concluded amidst an idol worshipping worldview that there is only one G-d who practices chesed to create and sustain the world. That recognition was transformational: it led Avraham to challenge the ubiquitous idol worship and embrace and teach monotheism and he became the progenitor of Judaism. Avraham himself emulated G-d’s attribute of chesed to demonstrate to the world that just as one practices chesed to sustain others, G-d does the same for us, and it is to Him that we owe our very existence.

Therefore, when it came time for Avraham to build the Jewish nation, it was only logical that he looked for a wife for Yitzchak who would also personify chesed. Avraham sent his servant Eliezer to find a shidduch for Yitzchak, and after witnessing Rivka caringly tended to Eliezer’s entourage and accompanying ten camels, he recognized she would be Yitzchak’s perfect wife. And in parshas Vayeitzei, when Yitzchak and Rivka sent Yaakov Avinu to escape from Esav and find a wife, Yaakov’s choice was also a woman who exemplified chesed. After Yaakov received permission from his deceptive future father-in-law, Lavan, to marry Rachel, at the chuppah, Lavan switched his older daughter Leah, concealed by a veil. Suspecting such behavior in advance, Yaakov and Rachel pre-arranged a sign that would reflect that she would in fact be the bride. When Rachel realized Lavan’s scheme, she forfeited marrying Yaakov (not knowing what the future would bring) and gave the sign to Leah so as not to embarrass her – an extraordinary act of chesed.

And if UCLA explores further, they will discover just how important their mission is to humanity. They will learn that the Jewish people have practiced chesed every single day throughout Jewish history and into the present. The hallmark of being Jewish is chesed, striving to emulate the Divine. Whether giving tzadakah, providing loans in money or goods, hosting guests and escorting them towards home, visiting the sick, bringing joy to a bride and groom, and burying the dead, there are unlimited opportunities. As the Talmud (Sotah 14a) relates, “Rabbi Simlai expounded: The Torah begins and ends with chesed. At its beginning, we learn of God’s chesed for Adam and his wife when He made clothing for them. And at its end we are told of God’s chesed when He buried Moshe.”  And Rebeinu Yona in Sha’arei Teshuvah (3:13) writes, “One is obligated to toil, exerting himself to the depths of his very soul, on behalf of his fellow man, be that person rich or poor. This is one of the most crucial and important things that we are called upon to do.”

There are several Olami / Morasha NLE shiurim that can assist educators in teaching a series on chesed. Click on the links below:

The World was Established for Chesed

The Power of Tzedakah