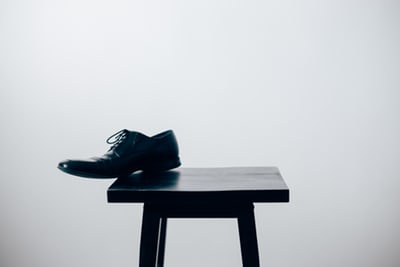 I was walking and listening to a shiur when suddenly I tripped and realized that I was going down. As I saw the asphalt come closer and closer I quickly, automatically, put out my hands to break my fall. I hit the pavement hard. My yarmulka flew off. My earphones were on the floor and most upsetting, so was I. I was dazed and my knee was throbbing. As I attempted to stand, my legs were unsteady. A thought raced through my mind, “What shall I do? I am in New York City where people purportedly mind their own business and don’t get involved. Who can I ask for help? From where will my help come?”

Before I could say, “I Love New York,” I was surrounded by three men. One was a white man wearing scrubs who obviously worked at the hospital. The second man was Asian who happened to be there. The third man was a man of color who was my right-hand man, he too was just passing by. I looked up and the Asian man reached out his hand and said, “Let me help you up,” he was on my left side and the man in scrubs also helped from the left side. The man of color gently held me from the right side and before I knew it, all three of them had succeeded where so many had failed before, namely, helping Rabbi Eisenman to be an upright human being!

However, it did not end there.

All three of them stood there and each one individually would not leave me until I assured each one of them that I was good to go. Their faces showed genuine concern and each one independently asked me if they could continue to be of assistance in any way. With a shell-shocked look on my face, both from the fall and from the care and compassion of my fellow human beings, I thanked each one profusely as I limped away.

My knee was bloody, my pants were ripped, however, that was irrelevant collateral damage compared to the spiritual reawakening of my heart as I was once again reminded of the natural goodness of Hashem’s children. As the Mishna in Pirkei Avos [3:14] teaches us, “Beloved is man for he was created in the image of Hashem.”

As I hobbled home, I thought about how much I could learn from the fall and how thankful I should be. I thanked Hashem for His gentle reminder to me not to forget the inherent G-dliness of all of His children. I was also thankful to Him as the fall and the subsequent outpouring of help prompted me to recall that just as I fell and was helped, there are many people out there who are falling right in front of us and they need our help.

These people may not be physically falling, it may be an emotional fall or a spiritual fall. However, it is a fall nonetheless, and I (or you) may be watching at that very moment. Will I grab the person and help them get up as I was helped?

Or will I walk by and make believe I see nothing?