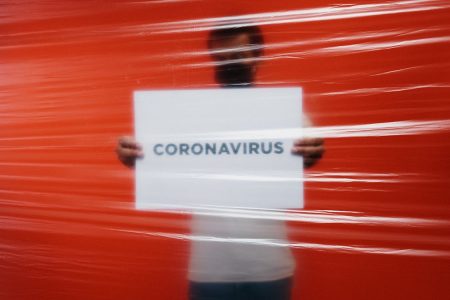 I found some sources that I think we all can use in some form or another that relate to our situation. A little background. At the beginning of the lockdown in March, I had little sympathy for the people who were constantly complaining about all the joys they missed, the physical pleasures and even hugging of their grandchildren. Why? Because of the conditions in previous pandemics were so much worse and I viewed our generation as very spoiled. The percentages of people who died in previous pandemics were much higher.

In 1918, people were confined to their homes without radio, TV, Internet, Zoom, etc. But, all made it psychologically and seemed not to complain, grateful that they were still alive. People hiding to save their lives (in cases like Rav Shimon bar Yochai or during the Holocaust), had often remain in total darkness for hours during the day and totally quiet for fear of making a noise. And what was the government asking us to do? NOTHING. Just sit on our couches and do nothing. Our parents’ or grandparents’ generations were asked to go overseas to wage war while we were asked to do nothing. And yet, we complained. It sounded very spoiled to me.

But then I realized that sitting around and being deprived economically while doing nothing is not that easy. We are all programmed as human begins to spend time in doing our jobs and earning a living, and this major disruption is indeed difficult, even if it is not as dire as previous pandemics. Then in researching the Parshas Behar, I found sources for this specific situation we are all in. Rabbi Asher Weiss (in another context) says man is built to go out and work, and sitting home doing nothing is indeed very hard. Then the Midrash says that people who sit at home doing nothing, while seeing their livelihoods threatened are called גבורי חיל! (Loosely translated as “mighty ones.”)

The Midrash describes these Jews during Shemittah who sat at home and watched as others invaded their fields (hefker) and lost their incomes and “wealth” as גבורי חיל. Why Gibor? The Midrash explains איזהו גבור הכובש את יצרו  says the Midrash. It is much harder to sit home and do nothing because Hashem (or Halacha or government) demands it, than to go out and work. So my hats off to all of us who have been through this ordeal. My sources are below.