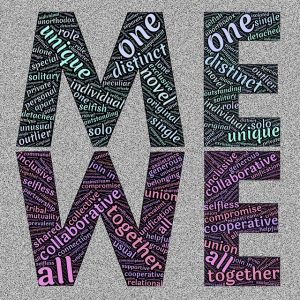 At the end of Pashas Emor, the Torah describes the “Lechem Hapanim,” the special weekly Minchah offering. The dough was shaped into twelve loaves, and placed on the Shulchan in two stacks of six. Each Shabbos, the bread was replaced with fresh loaves, and the previous week’s loaves were eaten by the Kohanim. Interestingly, there is a Chasidishe minhag to use twelve loaves by the seudos Shabbos, instead of just two for lechem mishneh, representing the twelve loaves of the Lechem Hapanim.

The Gemara (Chagiga 26a) tells us that an exceptional miracle took place regarding the Lechem Hapanim. Despite being left out on the Shulchan, the bread remained fresh all week long. The Ben Yehoyuda explains that this neis had three distinct components. Firstly, the bread remained soft and moist, and did not become stale. Furthermore, it remained hot, as if it were just baked. Finally, one could even see steam rising from it, a tangible expression of the neis.

The Gemara continues to say that on Yom Tov, when the Yidden all gathered in the Beis Hamikdash to be oleh regel, the Kohanim would lift up the Shulchan and display the steaming bread to everyone. They would exclaim, “Re’u chi’baschem lifnei HaMakom, Look and observe! Do you see how much Hashem cares for you?”

The Mishnah (Avos 5:5) lists ten nissim that occurred regularly in the Beis Hamikdash. What is the unique significance of this miracle, more than all the other nissim that they experienced? Rav Tzadok Hacohen, in his sefer Pri Tzaadik, explains that this neis conveyed an important message to Klal Yisroel. The twelve loaves corresponded to the Twelve Shevatim. Each Shevet had their unique derech, their own way of serving Hashem. However, all the Shevatim together comprise the one great entity known as Klal Yisroel. Despite the differences between them, they recognized that they were equally occupied with avodas Hashem, albeit with different approaches.

Rav Tzadok explains that it was because he was of mixed lineage. His mother was Jewish, but his father was a Mitzri. Therefore, he was not part of any Shevet, and he felt excluded from Klal Yisroel. Since the Lechem Hapanim represent the Twelve Shevatim, and the unity in Klal Yisroel, he decided to ridicule this mitzvah.

Today, with so many diverse streams within Yiddishkeit, this message is more important than ever. Whether Chasidish, Litvish, or Sefardi, we are all Yidden, all focused on serving Hashem, and we must always strive to maintain our achdus, the unity between us.

Before Klal Yisroel could receive the Torah, they had to achieve a state of “K’ish echad b’lev echad,” they were all considered as one man, with one heart. Rav Simcha Wasserman explains that this apparently repetitive phrase actually alludes to two different levels of unity. For example, let’s consider two friends who are partners in a business venture. They are joined by their mutual desire to see the business succeed and prosper. This type of union is referred to as “k’ish echad,” they are as one person, acting in a similar manner. However, although they share the same goal, they each want this in order to serve their private, individual interests, and this keeps them apart.  At Matan Torah, every single member of Klal Yisroel had the same desire. They all wanted to accept the Torah and become the Am Segulah. Furthermore, they also shared the very same motivation – they wanted to help increase kavod Shamayim, Hashem’s honor in this world. Therefore, they reached the level of “K’ish echad b’lev echad,” they were also with ‘one heart,’ all of one mind.

The Gemara (Shabbos 31a) relates the famous incident of the non-Jew who wanted to convert on condition that he could learn the entire Torah al regel achas, while standing on one foot. Hillel agreed to help him, and he taught him the axiom, “Do not do to others what you would not want done to yourself.” He then added, “V’idich pirusha, zil gamor,” the rest of the Torah is just commentary to this great principle, so go and learn it.

Certainly, the mitzvah of “V’ohavta l’reiachah k’mocha” is extremely important. But why is it a “Klal gadol b’Torah?” In what way is loving your fellow Yid the basis for the entire edifice of Taryag Mitzvos?

The Ksav Sofer (in Parshas Behar) explains that it is literally impossible for any one individual to fulfill the entire Torah. Some mitzvos only apply to a Kohein, others solely to a Levi, while others depend on one’s location, such as mitzvos that can only be performed in Eretz Yisroel. How is any one person capable of fulfilling the totality of Torah?

To accomplish this, we need to achieve that special connection of K’ish echad b’lev echad. If we truly consider ourselves as one, and there is only harmony and peace among us, then all of our mitzvos count for each other, since Klal Yisroel as a whole is fulfilling the entire Torah.

The prospective convert was bothered by this very point. The deeper meaning of his request was to say to Hillel, “How can I fulfill all of the mitzvos at once, in a single lifetime?” Hillel replied by teaching him this principle. If one loves other Yidden, and they both can be considered part of one whole, then he will be credited for all the Taryag Mitzvos that they perform collectively. However, this is only applicable as long as we had the Beis Hamikdash in our midst. Today, this is not only an individual problem, but it has turned into a communal issue, as well. There are so many mitzvos that are simply impossible to fulfill! How can Klal Yisroel succeed in performing those mitzvos?

The Yismach Moshe explains that Hillel addressed this concern with the second part of his instruction. “Go and learn!” Our daily recitation of the Parshas Hakorbanos is in place of the actual sacrifice, and the same can be done for all mitzvos. By learning all the relevant pesukim and halachos, one is credited as if he actually fulfilled all of those mitzvos.

We are completing the days of Sefirah, the time of mourning for the twenty-four thousand talmidim of Rebbi Akiva. Chazal tell us that they were punished because they did not show each other the proper respect. How is this even possible? Can it be that Rebbi Akiva taught “Zeh klal gadol b’Torah,” the great importance of this idea, and his own students did not heed his words? Additionally, we don’t find that other talmidei chachamim were punished as well. Was it only Rebbi Akiva’s talmidim who dealt with this shortcoming?

My father, Harav Noach Isaac Oelbaum Shlita, suggested the following approach. We know that the word “es” always intends to include something novel. Therefore, Chazal had difficulty understanding the pasuk of “Es Hashem Elokecha tira.” After all, the Torah couldn’t possibly be obligating us to fear anyone else in the same way that we are to fear Hashem? However, Rebbi Akiva answers “L’rabos talmidei chachomim,” the pasuk refers to our obligation to fear and revere Torah scholars.

We see that in a certain sense, Rebbi Akiva equated the honor we show to Hashem with the honor we must accord to talmidei chachamim. His talmidim were therefore held to this higher standard, in accordance with their Rebbi’s ruling. Their failure was only regarding this lofty level of respect, and they were held accountable for this slight shortcoming.

Let us learn the lesson of these times. We should strengthen our achdus with one another, approach Shavuos ready to accept the Torah b’ahava, with love, and thereby merit to the speedy coming of our final geulah.