OLAMI Resources   /   NLE Journal Posts   /   Who Would Have Believed? 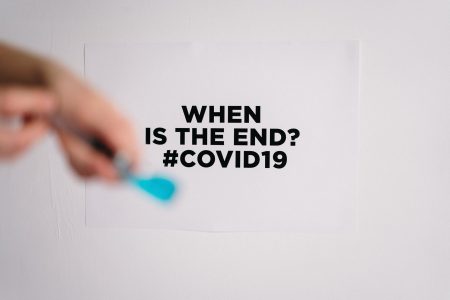 In November of 1999, Rabbi Dr. Abraham J. Twerski published a book entitled, “It’s Not As Tough At Home As You Think.” On page 2, he writes, “Earlier this century the average life span was under forty. Today it is twice that…In 1917 the flu epidemic killed hundreds of thousands of people. Today, with antibiotics and vaccines, major epidemics are rare.”

As I write these words, “203,289 people have died so far from the coronavirus COVID-19 outbreak as of April 26, 2020.” Who would have believed this could happen. If anyone would have told me on Purim that not one Jew in the entire United States and Israel would step foot into a Shul on Pesach, would I have believed them? (I would not have.) If anyone would have told us that the robust economy and carefree life-style we enjoyed would come crashing down in a matter of days without one bullet fired or one missile launched, would we have taken such a person seriously?

We went from a fifty-year low in unemployment in this country to, “Federal Reserve Chair Jerome H. Powell said Thursday that the U.S. economy is in an emergency and is deteriorating at an alarming speed. We are moving with alarming speed from 50-year lows in unemployment to what will likely be very high.” Who could have predicted how our world would change in a matter of days? Whoever heard of the term ‘social-distancing’ before Purim?

There is a plan, and there is a Planner. It is my job to accept my role as a bit player and do my job as best as possible. It is not my job to second guess The Planner. I know He has everything under control.