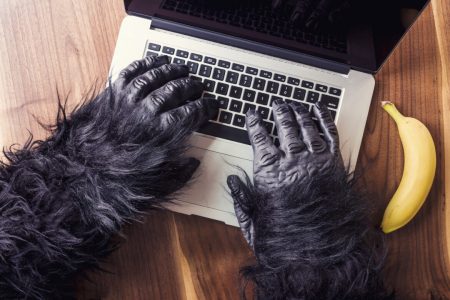 You’re busy. Too much on your to-do list. Not enough hours in the day.

Without that clarity, other urgent things will get in the way of your good intentions.

The key to fundraising success lies in the consistent minimum effort you make – whether it’s asking donors, building relationships or cultivating new potential.

All these efforts are made up of ‘moves’ – calls, emails, texts, meetings – that you do to propel your fundraising forward.

Making enough ‘moves’ is the only way to raise the funds you need.

So what’s the simple ‘rule of thumb’ to know if you’re making enough effort?

– Are two or three fundraising ‘moves’ a day enough effort?

It might be ten. Or more realistically seven. Or fifteen.

Knowing your number is key. Only you will really know.

“What are the minimum amount of daily ‘moves’ I need to make to grow my existing supporters and get new donors on board?”

Go with your gut.

Condition yourself to do your moves – yehareg ve’al ya’avor. And make yourself accountable to someone.

So how many daily moves will you make?

Avraham Lewis is ‘The Fundraising Coach‘ for Jewish leaders – with too much on their plate – to accelerate their fundraising success.

P.S. Running a (virtual or) online campaign? – Email me at avraham@avrahamlewis.com to speak. We’ll clarify if it’s a fit to work together and if you’ll raise more than going it alone.