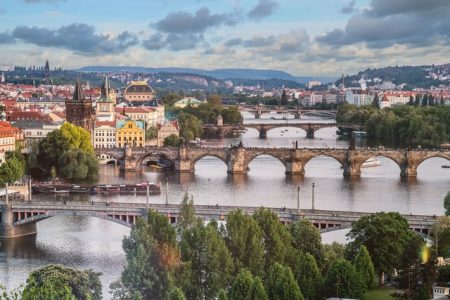 The concept of a Golem usually refers to a mythical or legendary creature that is human-like, formed out of clay of the earth, and created by a Rabbi through “magical” or non-scientific means. The Golem usually does not have the power to speak and has great strength. The most famous of these creatures is supposedly the Golem of Prague created by the Maharal, Rabbi Judah Loew (1520-1609). Although this legend is completely baseless (no scholarly or scientific evidence), it is still very popular today (especially in the city of Prague, even among non-Jews), so it is important to understand if this concept is legitimate in normative, traditional Judaism. There are those who postulate that the Jews, who were constantly oppressed by neighbors and authorities in Europe, “needed” to invent such a legend, to act as a Jewish hero that would protect them from gentiles who sought to harm them. Others believe the Golem myth was the origin of Mary Shelly’s Frankenstein story. Is there indeed a legitimate Jewish concept of a Golem? If so, what are the details of such an idea, and what is the status of such a creature? Would it be legitimate for Jews to create such a creature, if it were possible through technology, and is it possible through other means? How is this creature different from and similar to other human beings and Jews? If there is no legitimacy to this concept in Judaism, then why has this legend persisted for so long? The sources tell us much about whether the Golem is indeed “real,” legitimate and how such a creature is perceived within Judaism.

HISTORY OF JEWS CREATING A GOLEM OR GOLEM-LIKE CREATURES

The specific term “Golem” is only used once in Scripture, and it signifies an unformed substance. Rashi explains the term “Golem,” both in his commentary to this verse and in the Talmud, to indicate human form, the body before the soul has entered it, or, in general, an unfinished and unformed product. In modern Hebrew, “Chomrei Gelem” is translated as raw materials. In fact, the Talmud describes the various stages of man’s original Creation, which took five hours on the Sixth Day of Creation, and in Hour 2, prior to his receiving a soul, his status was described as that that of Golem. The Mishna, however, also used the term “Golem” in quite a different manner, calling any person who acts in ways that are opposite to a wise person’s modus operandi a “Golem,” signifying an ignoramus or imbecile. Sometimes, the term is translated to refer to an “undeveloped mind.”

There is indeed a precedent in Jewish history of creating something inanimate that suddenly comes alive. When the evil Jeroboam broke away from the other tribes and formed his Kingdom of Israel in Shechem, he made an idol, a calf of gold, that the Talmud says recited the Ten Commandments. A Midrash states that the original Golden Calf in the desert came alive and began to speak as well. When the Torah says that Joseph spoke evil about his brothers, Rashi explains the details of this evil slander. The brothers were eating from live animals without slaughtering them first, a prohibition for all descendants of Noah. How could the sons of Jacob be guilty of such an obvious sin? Rabbi Yeshayahu Horowitz (1558-1630) explains that these sons has received the Sefer Yetzira-Book of Creation that was written by their grandfather Abraham, which contained the secrets of how to create living beings. Joseph’s brothers then created young girls and animals. It was these animals that Joseph saw the bothers eating, unaware of the Book of Creation, or how these animals came to be. Thus, eating these without slaughtering them first was not prohibited.

The most famous story in the Talmud in this regard involves Rava, who created a “man” through the use of words and sent this creature to Rabbi Zaira. When Rabbi Zaira spoke to it and the “man” did not answer him, he declared this to be a creature of “magicians,” and sent it to return to the dust and “die.” Then the Talmud declares that Rabbi Chanina and Rabbi Oshia used to spend every Shabbat studying the “Book of Creation.” Through this book and combination of letters, they created an adult calf and ate it.