OLAMI Resources   /   NLE Journal Posts   /   Judaism’s Most Controversial Beracha: “That you have not made me a woman” 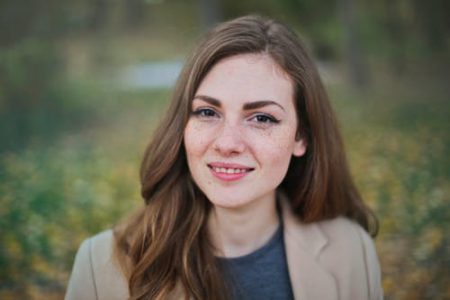 In a style different than previous postings, Rabbi Avraham Edelstein presents teachers and rabbis with a more scholarly treatment of the root and reason of this blessing, including extensive source notes, many of which are in Hebrew.

The Ramchal[1] states that an overview of a subject can only be acquired over a period of time. It is only when all the parts of a picture have been put together, with sufficient depth of understanding that the true picture emerges.

If this is so with Torah issues in general, this is certainly the case when it comes to Torah’s attitude towards women – fully half of the Jewish people. Books have been written on this subject, and more need to be written. It is terribly unfortunate then, that one blessing, שלא עשני אשה, has been used in a “smell test” to check for Jewish bias against women. Such reductionism doesn’t deserve to be taken seriously; such superficiality undermines our glorious Torah, the rabbis, observance and, in my opinion, Jewish women themselves.

A single blessing a whole picture doth not make. This is especially true once one understands the context in which these blessings appear. As we know, they were placed in Birchos HaShachar.

The davening is divided into four sections which are really spiritual levels, with a fifth section reflecting the transition from the davening experience into the world we enter after. The first level is Birchos HaShachar, the second is Psukei Dezimra, the third is Birchos Kerias Shema, and the fourth and highest is the Shmoneh Esrei. Each one of these levels is reflective of one of the four Olamos – spiritual realms or universes. Birchos HaShachar are reflective of Olam HaMaaseh – the lowest, most tangible and material world, which is the world in which we act out our daily lives. Therefore, the blessings speak of practical, physical things: He has given us our physical senses (sight), clothing, the ability to sit up, stand and walk, etc.

The Brachos for thanking G-d that He did not make us a gentile, slave, or woman are part of the most basic level, Olam HaMaaseh. Had the blessing SheLo Asani Isha appeared in the Shomeh Esreh or even in Psukei DeZimrah, the interpretation would have been different.

That is why the Levush and others say that men are thanking HaShem because they are commanded in extra מצוות. While it is true that men also have this advantage of תלמוד תורה over women, it is not relevant to this part of the service. Nor is it relevant here to give recognition to the fact that women have בינה יתרה and men do not, or any other advantage women have over men (and vice-versa). The point is that we are not dealing here with the totality of male reality over female reality, just one aspect thereof and not with the intention of showing these differences at all, but merely by way of facilitating gratitude to the Ribono shel Olam for what one is obligated to do[2].

It is axiomatic that G-d created everyone for the purpose of being able to give to them in the maximum way possible[3]. If so, it must mean that He gave both men and women the maximum opportunity to get close to Him[4]. It would be absurd to think that G-d would play a joke on half of mankind!! (Not only do men and women have equal access to the destination, men and women are equal in terms of the holiness that they have in this world[5] as well as the impact of holiness they have on the world[6].) However, since we see that female obligations are different, they achieve this in different (albeit overlapping) ways and are created accordingly.

There are many indications that women have greater flexibility in expressing their spiritual creativity than men, and that this relates to their essence[7]. Perhaps, this is why the Sages did not formulate an alternative bracha to Shelo Asani Isha for women.

Yet, women do say a blessing, Sheasani Kirtzono[8]. Had the Sages been the source of this blessing, it would have been easier to formulate a negative interpretation such as, “G-d, even though you created me inferior, I thank you nevertheless.”[9] But, the origins of the bracha SheAsani Kirzono come from women themselves, reflecting their own spiritual creativity. This is unprecedented in the annals of halachic history, since we are not authorized to make new blessings[10].

This fact sheds a totally different light on its meaning and implications. Its very existence is a paean of glory to women’s spiritual greatness. This is why the overwhelming majority of the commentators show that this blessing is something reflecting great spiritual completion, as we will show.

On the other hand, men make their bracha related to the fact that women are exempt from time-bound mitzvos[11]. Men thank G-d for the extra privilege of having more obligations, as they do with the their other two blessings. This makes these blessings unique. Unlike the other Birchos Hashachar, these three blessings are not predicated around an action[12]. Rather, they are based on an attitude, an approach to life.[13]

For a Jew, the idea of being obligated is a privilege. When someone does a Mitzvah, we generally say to him ‘Tizkeh le’Mitzvos’ – i.e. Just as you were privileged to fulfill this obligation, may you merit to have and fulfill further obligations. The Western mind would not easily understand this. Were a non-Jew on the streets of New York to do me a favor, and were I to thank him by wishing that he should have many more obligations, he would think I was weird. This is because the Western world begins with rights (and all Americans are aware of the Bill of Rights of 1791[14]) and ends with duties. I have a right to my property. Therefore you have an obligation not to trespass. In Judaism there are also rights and duties. But the stress is different. A Jew starts out by asking what his responsibilities are, not what his rights are.[15] A man blesses Shelo Asani Isha because he has a few extra duties – that is cause for great praise and gratitude, the cause for a blessing. The sugyah should have been closed at this stage – a blessing which teaches a deep Jewish value. That is something worth having.

Other commentators (the majority[17]) state that the negative formulation has to do with a side issue, not related to the central message. As [18]ענף יוסף puts it:
And the Mahri Mintz wrote that the reason that [the Sages] instituted to say these three blessings in the negative rather than wording them ‘Blessed is He who made me a Jew’, ‘Blessed is He who made me a free man’, ‘Blessed is He who made me a man’ is because Chazal concluded that it would have been better had man not been created at all[19].  … Since man’s natural inclination is to pursue his ‘taavos’ and to do evil, it would therefore have been better if the soul would have remained in its purely spiritual state. Therefore, we cannot justify saying these blessings in the positive form, for it is clear that it would have been better if man had not been created, neither male nor female, neither Jew nor non-Jew, neither free-man nor slave. However, since in the end G-d’s Wisdom did decree the creation of man, it behooves us to praise and thank His Great Name that he did not make us a slave, non-Jew or woman[20].

As for women, the exemption from time-bound mitzvos does not reflect any deficiency on her part, but rather an alternative Avodah path[21].

In fact, some commentators state that the reason a man makes the Bracha is just to prevent the very opposite type of thinking. Lest a man think that he would rather be like a woman, exempt from both the opportunity of the Mitzvah but also from the negative consequences of not fulfilling it, the Sages instituted this blessing[22]. He may confuse his own situation. Since in Olam Haba terms, a woman seems to make it just as well as a man, there would seemingly be no down-side to the woman’s situation. But he confuses the alternative sources of spirituality which she can draw on which are not available to him.

The Taz explains that this is the reason for the negative formulation of the blessing. The meaning is: For he has not made me a non-Jew, a woman, etc. for even though they have their positive attributes, but G-d has chosen to give me mine (as a man) and I have to focus on what I have, not on what others have[23]. This idea is so important is, says the Taz, that the Sages violated the principle of saying fewer brachos wherever possible[24].

We may now understand the relationship between this enigmatic blessing and a woman’s exemption from some mitzvos, but what of this exemption to begin with? Does this not have to do with some deficiency on her part? There are two conditions in order for someone to be obligated to do a Mitzvah. First, the person must need the Tikun provided by the Mitzvah. Second, the person must be in harmony with the Mitzvah so that doing it provides the tikun. Since women are able to fulfill these commandments if they want to (as אינן מצווות ועושות), it would seem that the reason for their exemption is not because of a basic disharmony with the commandments[25]. But perhaps, although they are in harmony with the Mitzvah, women do not need the tikun provided by the Mitzvah[26].

There are many differences between male and female. They each have their own Daas, their own Binah and their own Chochma[27]. The Sages say literally hundreds of things about women and about their differences from men. Yet, none of these are related to in this blessing of שלא עשני אישה. Trying to understand the Jewish approach to women from this blessing is tantamount to someone who insists he understands the hardware and the software of a computer because he has seen the Caps Lock key.

In next week’s posting, Rabbi Edelstein will discuss the corollary blessing, “She’asani Kirtzono”

3 The case of non-Jews is a seeming challenge to this. We should just point here that non-Jews were never meant to be: they are the result of man’s choice, not G-d’s. Non-Jews have a choice: they can convert if they so desire or keep the Seven Noachide Commandments, be considered MiChasidei Umos HaOlam and get the World to Come that way.

7 Thus a woman is given less structure in creating her Kedusha environment. She does not require a minyan to pray, for example, because (in this author’s opinion) she is far better at communicating and creating connections on her own. (I have written extensively on this elsewhere. See my book, Women’s Issues Book One, put out by Ner LeElef.)

9 As the Tur and others suggest as a possible explanation. (see above)

15Mitzvos such as Tochacha, Areivus and loving our fellow man make it clear that our headspace should be what we can give, spiritually and physically, rather than what we can take.

17 As indicated by the Taz there, also the reasoning of the Bach (ס’ מו על הטור או”ח ס’ מו סעיף ד), the Mahri Mintz, the Anaf Yosef and others.

25 Although one could say that even though they are in basic harmony with the mitzvah, but this is not to such a degree that they should be obligated to do it.