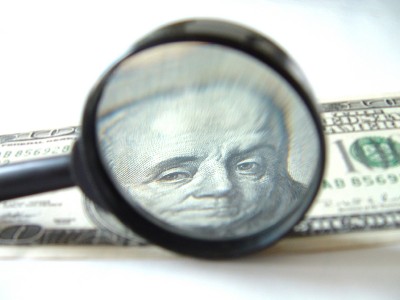 When we think about the Mishkan (tabernacle) and the priestly vestments, descriptors such as artistry, exquisiteness, skill and dedication come readily to mind. Without question, the young Jewish new nation put their utmost into supplying and crafting materials to beautify Hashem’s structure.

While each descriptor represents a primary quality of our first national house of service, its greatest feature may have been the transparency that framed the process.

Moshe Rabbeinu did not feel himself to be above the need to provide a detailed, precise reckoning of how the materials which the Jewish people had contributed to the Mishkan were utilized (see Shemos 38:21-29 and the below Midrash).

When Moshe came to Betzalel and saw the amount of material left over after the Mishkan had been constructed, he said to Hashem, ‘Master of the World! We have now made the Mishkan and we have material left over. What shall we do with the remainder?’ The reply was, ‘Make a Mishkan of testimony with it.’ Moshe went and did so. Later, when he came to give the details of the expenditure involved, he told Bnei Yisroel, ‘This amount was spent on the actual Mishkan. With the remainder I constructed a Mishkan of testimony.’ (Shemos Rabbah 51:2)

This type of care and accountability was needed for our greatest leader, who was “investing” wealth that had been accumulated through divine beneficence, without any meaningful effort on the part of the donors. It follows that subsequent, lesser officials who were entrusted with hard-earned communal funds would certainly need to exercise great care and display unquestionable conduct to avoid any concern over fund misappropriation.

One who entered the Bais HaMikdash treasury to take out the money might not enter in a garment with folds or in felt shoes, lest in the event of his becoming rich, people should say that he became rich from the treasury. (Shekalim 3:2)

Tax-exempt charitable nonprofits are already among the most transparent “business” operations in the United States. Detailed financial disclosures are freely available through GuideStar. This is in addition to the various state charitable registration and annual corporate forms that are available for public inspection.

Still, nonprofit board and staff members need to remind ourselves from time to time to make sure that our charitable nonprofit is operating in the open, with glass pockets (or no pockets at all). Donors want to know that their monies are being directed appropriately and towards the maximal benefit. Community members want to see that their organizations are fully above board, with no possibility of casting a negative light on themselves or those that they claim to service.

Transparency is not only about openness. It also demands accurate, truthful, and accessible information that is shared with the public. As explained by the Minnesota Council of Nonprofits: “Nonprofits have an ethical obligation to their constituents and the public to conduct their activities with accountability and transparency. Nonprofits should regularly and openly convey information to the public about their mission, activities, accomplishments and decision-making processes. Information from a nonprofit organization should be easily accessible to the public and should create external visibility, public understanding and trust in the organization.”