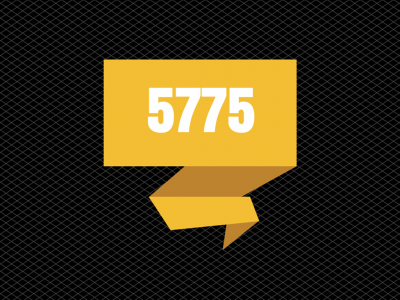 What resolutions should we make for the coming year after a year in which we Jews found ourselves in a war with Hamas, a war which triggered the greatest outbreak of naked anti-Semitism we have seen since the Second World War? While all this was happening, ISIS was busy slaughtering their own innocents, while thousands were being killed in Ukraine. And these are but a few of the more newsworthy of the many, many places where death and destruction by human hands was the norm.

We, the Jewish people, are not going to solve these issues by the sword. In fact, after the USA opted out of the role, there is no longer a global cop on this earth. Is there a spiritual solution to all of this? Here is a power that we Jews understand. Let us explore…

To begin with, we must understand the power of Rosh Hashana to effect personal and national transformation. It is not simply a day dedicated to the big picture. It is the day of creation of the First Man,[1] and hence a day on which we can aspire to the spiritual levels of the First Man. In a sense, we can recreate the First Man through ourselves or, put differently, access that part of ourselves which we inherited directly from the First Man. The blowing of the shofar parallels the blowing by G-d of the soul of life into the First Man.

In Hebrew, a “blowing” into the Shofar is called a “neshima” (נשימה). This is related to the word “Neshama”, the soul. The neshima-sounds of the shofar are “soul-cries”[2] – a recreation of the original life G-d gave to man. So the Shofar talks to the soul of man. When G-d gave the Torah at Har Sinai, there was also the sound of a shofar[3] — i.e. there was also a conversation with man’s soul. That sound was coming from G-d[4], and it was really the words of the Torah at a higher, deeper plane, before the words had been broken up into their individual sounds.[5] The shofar strikes a chord deep into our Neshama – a part which remains pure and was never involved with sin.[6] The Shofar is really a cry to the hidden parts of our true spiritual selves. And those spiritual selves contain enormous reservoirs of power.

The choices we must respond to on Rosh Hashana are not details. They have to do with the very core of our identity – the type of choices that affect our lives in a fundamental way. Hence, we do not list our sins on Rosh HaShana as we do on Yom Kippur. Rather, we do a generalized Teshuva that will affect the very essence of our being.[7]

To engage in general Teshuva (תשובה כללית), we must take a step back and look at ourselves in the totality of our relationship with G-d, the Torah and Judaism.[8] To do this we have to reframe our reality so that we begin to use the thought methodology of a Tzadik. A Tzadik processes information in a certain way. He has a certain momentum of spirituality because he has connected all the dots of his life to provide for continuity.

The enormous power of Rosh Hashana gets unleashed when I am able to answer the question “Who am I?” “What is my real core and how do I get in touch with it?” My core has no problem connecting with God. Once my core identity has reestablished my relationship with God, I am able to understand my deep connectedness with all of His cosmos, and to impact upon it accordingly.

We often struggle with the answer to this question of self-identity because the real me is hidden by a complex of various different layers and persona, played to various degrees of accuracy depending on how close it comes to our core. But, our core is very simple actually – and Rosh Hashana is perfectly designed to get in touch with it.

Most of us come into Rosh Hashana as beinonim; we are people of the grand compromise. Of course, Judaism is important to us. But, so many other things are as well. We have dual citizenship! Layered on top of our core spirituality is a surface of conflicted identities. But these outer layers are not whom we really want to be. Rosh Hashana is a day when we get to know ourselves.

In so doing, we will discover that we have yet another persona, one of profound significance. As Jews, we are a bunch of seemingly ordinary people who have become actors in God’s masterful unfolding of the purposes of this world. Every Rosh Hashana, the collective soul of our nation accepts upon itself the unique task of that year in promoting the final purpose of the universe.[10]

We have just gone through a year of such profound significance that it behooves us to look upwards and to look downwards. We must draw from the Heavens in search of Heavenly help to do what has never been done before, and we must draw from the earth, to draw on the collective scientific, technical and social wisdom of mankind that will comprise our tool box for implementation.

A Jew must sense the event horizon beyond which he must take a great leap of imagination. He cannot predict, but his God has painted the scenario for him. He is not a prophet, but he senses that a historical pattern of significance is unfolding with his participation. The Jew is no passive observer of history. He is, with God as his partner, its most active participant.

If we are to do Teshuva at this time, part of it must surely also be for failing to keep the big picture so profoundly in front of us – that this unusual life that we have chosen for ourselves has at times seemed like a trap rather than an embrace. This is because we are trying to fit ourselves into a paradigm not of our own making; we are being reactive rather than proactive. We cannot reach resolution as long as we accept as a given our environment – an environment that sucks us in and numbs our senses, reducing our life-purpose from heroism to mere business.

So what is the way forward? In the Jewish paradigm of history, we are not in the era of ISIS or of Obama or of the Islamisation of Europe. In the Jewish paradigm of history, we are in the era of Ikvesa Demeshichah – “the Footsteps of Messiah”. Let us remember that the Messianic era will be characterized by a total revolution in Teshuva – a Teshuva born of clarity, of a clear realization by all of us that everything that exists is a contribution to a revelation of G-d’s Oneness[11] (גילוי יחודו). All of nature, all history, every human whim will be shown to have been woven into a single, seamless fabric – all its interacting parts designed to perfectly reflect and reveal the secret of God’s Unity. No man will see his actions as the choice of an isolated individual – all goes into the general Tikun of the world (תקון הכללי).[12] Choice now becomes the handmaiden of clarity – it too becomes but a servant of His Will[13].

In this sense, it is not just the Jews who are a-historic by the normal rules of human nature and society; it is the whole world. The rules we have been living by will be shown to have been simply wrong. All these power plays between nations and religions and sects will be shown to be but a superficial cog that is connected to a deeper cog of Hanhagas HaYichud, of that force which harnesses, subverts and transforms all human action to serve a revelation of Oneness. [14] What we can actually see of history will be shown to have completely different consequences and implications than the way our punditry and forecasts, our political and economic commentary, see it now.

To answer the call of the Shofar, we must take a step back and look at ourselves and the totality of our relationship with G-d, the Torah and Judaism[15]. We must understand our double role – to correct ourselves in a personal Tikun (תקון הפרטי) and to make our contribution to the grand drama of the history of mankind. (תקון הכללי). We will yet understand clearly what we can now but intuit – how each and everyone one of us, and each and every part of our unfulfilled potential, is a vital component of this grand unity.

[9] Rosh Hashanah בינונים are those who are still conflicted. Sometimes they feel totally Torah committed but at other times they feel that other values (materialism, honor or power) bubble to the surface. The Torah-side in them activates shame and embarrassment for the actions encouraged by their “other” identity. They are capable of reaching moments of clarity when they realize that nothing else but Torah matters, but the next minute they are just as interested in the World Series scores or the latest I-Phone. Rosh Hashanah רשעים are people who do not have a real Torah-identity even though they might be שומר תורה ומצוות. Intellectually they may understand that it would be nice to be a צדיק, but they have no real emotional or spiritual connection to the Torah and do not really feel shamed by their negative actions. They may even admire and talk about someone who is holy and righteous, but this doesn’t affect them personally.

The Pachad Yitzchak asks that if the equation were an arithmetic one – how many sins against how many Mitzvos – then why should we have to do as many Mitzvos as we can to become a Tzadik? It should be enough to do one Mitzvah and to be careful not to do transgressions during this time?!

Clearly, becoming a Tzadik is not of simply totaling one’s Mitzvos against one’s transgressions but rather has to do with changing one’s identity, as we described above. One cannot change his whole identity with just one Mitzvah. It requires a consistent pattern to show that this change has indeed taken place. The starting point is the person’s choice of fundamental identity, of בחירה כללית.