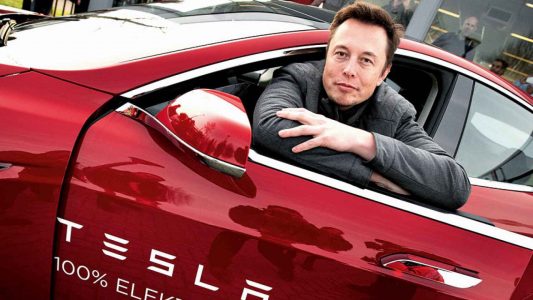 Whether or not the famed owner of Tesla, Elon Musk, will proceed with his acquisition of Twitter and transform social media, he has already revolutionized the market for driverless technology. Mr. Musk bridged the worlds of dreams and reality as autonomous vehicles are the future of automotive transportation. In this context, olamiresources.com features Rabbi Dr. Nachum Amsel’s essay on ethical issues surrounding driverless technology.

Cars that transport individuals without the need of a driver are already a fact of life. For drivers over fifty years old, they will never be completely comfortable with the “loss of control” they have always felt while driving, even though they willingly have given up this control when riding a train or plane, where the driver is unseen. For the younger generation, this changeover is a no-brainer. It will save great costs on fuel, insurance, make the need to own a car less likely, and generally add leisure time to everyone’s lives, as driving becomes much more efficient, and traffic jams will become obsolete. Judaism has never objected to any technological advances, as long they are used within the framework of Jewish values.

From a Jewish perspective, driverless cars will indeed promote Jewish values. The more efficient use of fuel by driverless cars with greatly minimize the chemical agents in the atmosphere that drive climate change, which eventually will save untold human and non-human lives. But the much more immediate result and advantage of driverless cars will be saving the lives of over one million people each year, who currently die from car accidents. In Judaism, saving lives is the highest value. From where do we derive this?

The verse in Leviticus says a Jew should live by the Torah and not die by living a Jewish life, according to the Talmudic explanation of the verse. [1] Maimonides rules [2] as part of Jewish law that a Jew is required to violate the Torah rather than give up his or her life, except for two of the 613 commandments (the third, the prohibition to murder, is about our value of talking any life). These laws demonstrate how strict Judaism is about preserving life. A different Talmudic passage states that a Jew must violate Shabbat to stay alive and keep Shabbat in the future. [3] And the Code of Jewish law similarly rules that life takes precedence in all but two commandments. [4]

Jewish concerns with the value of all life and even the remote possibility of saving a life is so strong, that it is no coincidence that Jews are at the forefront of ethical debates regarding the programming of driverless cars. The dilemmas to be presented and discussed in this chapter involve a one in a million possibility, or even one in ten million. Nevertheless, the heightened Jewish sensitivity to saving lives has propelled the traditional Jewish community to discuss these dilemmas in depth, as the cars are now being pre-programmed how to react in a very possible situation on the road. All driverless cars are programmed to avoid hitting any object and certainly avoid contact with any human being (or animal, or object) that suddenly and unexpectedly appears in the road. In a very few circumstances, a driverless car may not be able to avoid hitting that person, due to speed of the car and the suddenness of a human appearing in front of the car. In the event that more than one person are around the car, sometimes the car will be forced to choose which person to hit and which person to avoid. This inevitability causes situations for ethicists to direct programmers, regarding  evaluating human life, which computer scientists must preset into the vehicle’s onboard computer, and “experts” in morality must tell the programmers what the driverless cars should do and should not do regarding in each dilemma and each situation that may arise. This chapter will deal with three specific ethical questions regarding human life, for a programmer to input into driverless cars in 2023 and beyond.

This essay above is from Rabbi Dr. Nachum Amsel’s forthcoming book, “The Encyclopedia of Jewish Values: Man to G-d Issues and Rituals.”  This essay is not intended as a source of practical halachic (legal) rulings. For matters of halachah, please consult a qualified posek (rabbi).