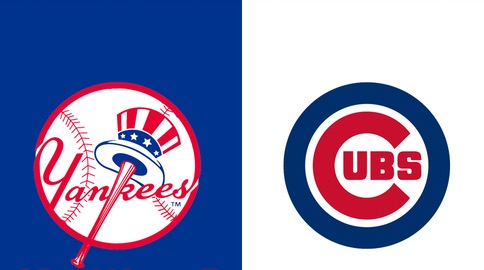 Last night’s marathon 18 inning affair between the New York Yankees and Chicago Cubs, in which my home team (Yankees) completed the sweep of my nostalgic squad (Cubs – I lived on Chi-Town’s North Side for twelve wonderful years) had all of the drama that a baseball aficionado could possibly ask for. The game pitted two of the best teams vying for victory on nationally televised Sunday Night Baseball. There was great pitching, timely hitting, great defense (did you see that catch by Kyle Schwarber?), a new record set for strikeouts (48), depleted benches and bullpens, and more. You name it, this game had it.

But the part of the game that most resonated with me began in the bottom of the 9th inning. The Yankees brought their dominant closer, Aroldis Chapman – the slayer of the Billy Goat Curse as a Cubs reliever this past October – in to close out a three-run lead and achieve a series sweep. But a funny thing happened along the way (not so funny if you root for the Yanks). Chapman blew the lead, through a series of walks, well-placed hits, and, to top it off, a hit batsman. With their closer failing to close, manager Joe Girardi had to go to the pen to salvage a tie and move the game into extras.

The game played on. And on. And on. In the end, it was former Cubs All-Star Starlin Castro who delivered the Yankees’ go ahead RBI and the final run of the night.

This game, which lasted as long as two regulation games, can be divided into two parts: BC and AC (Before Chapman and After Chapman). The first part was like any other intense game involving baseball titans. The Yankees dominated this contest, behind great pitching and enough late-inning offense.

Then there was Game Two, which began in the top of the 10th (the bottom of the 9th in my analogy is the bridge between the two contests). This game was a battle of wills, with no side gaining the upper hand for inning after inning.

Imagine being on the Yankees during this second contest. You were one out from victory with your best pitcher on the mound. The wheels then came off and try as you might you could not restore the lead. Each inning was a new grind that demanded effort, energy, focus, and willpower, not an easy task in the late hours of a frigid Chicago night.

This game provided me with a number of important reminders about dealing with challenge.

This lesson applies to us all. We have moments, perhaps many, when we feel that we should simply give up and stop trying. Everything that we tried has failed and we may have even gotten this close before the final setback. And maybe, we say, it’s just not worth the effort. But when we can step back for a moment and see the value of the prize in front of us, despite the pain and hardship that we’ve endured, we can and should recommit ourselves to achieving the best possible outcome.

When we are able to see the bigger impact of our decisions, in terms of who stands to be affected, we can often use that to motivate us to keep going. In addition, any time that we work with a team, we can encourage one another to press forward.

It is easy to let small things go on the pretense that there’s always tomorrow. Yet, when we look at the bigger picture we see that each little thing adds up. If we set a standard of excellence today and seek to achieve it, we can be better assured that this same standard will guide all of our actions and thought processes as we work towards our own personal championship.