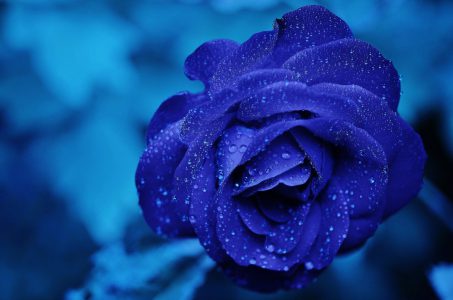 Physical beauty, both in man and in women, has always been admired and valued throughout the ages. In the culture of ancient Greece, it was the highest ideal. But today, perhaps more than ever before, in a mass media age, society values physical beauty in everyday life as never before. Successful models have turned into superstars, emulated by millions. The cosmetics industry is a multi-billion dollar business, as people actively try to look and remain physically attractive, at all ages and in all walks of life. It has been proved that an attractive person will almost always get a job over a less attractive person with identical skills and qualifications. How does Judaism feel about physical beauty? Are spiritual ideals all that matter or is physical attractiveness a desirable trait in Judaism? Or, is physical beauty possibly a trait to be avoided completely in Judaism?

Even the physical beauty of non-Jewish people is admired in Judaism. When Rabban Gamliel saw a beautiful woman who was an idol worshipper, his reaction was to comment how beautiful she was and how beautiful is G-d’s creation. Another sage commented that one should make a blessing when seeing such beauty. Thus, all kinds of beauty, not only those that related to Jewish people or Jewish cities are to be admired.

From Rabban Gamliel’s comment, we can begin to see the reasoning behind Judaism’s admiration for physical beauty. The admiration is not necessary for the person himself or herself. Rather, that person’s physical beauty is a reflection upon the Creator of that beauty, G-d Almighty. Just as a beautiful painting reflects positively upon the artist and a compliment about the painting also compliments the artist, so, too, admiring a physically beautiful person honors G-d, the Creator of that person.

In the same sense, even a physically beautiful animal is admired in Judaism. In a similar fashion to a beautiful person, the Talmud says that one should make a blessing upon seeing a physically beautiful animal because the animal, as well, is G-d’s creation and its beauty reflects positively upon G-d. Two of the three examples of beautiful animals given by the Talmudic passage may be difficult for people from western culture to relate to at first. Normally, we do not think of exceedingly beautiful donkeys or camels. Perhaps that is because we are not from the Middle Eastern culture where we can readily tell the difference between a beautiful or ugly camel. But we can relate to the third example, the beautiful horse, more easily. Most western people have seen and admired an exceedingly beautiful horse.

Pirke Avot, Ethics of the Fathers, shows us that not only is physical beauty in people to be admired if it happens to be noticed, but it is a goal to aspire to. It is one of the qualities that a sage should try to possess. In fact, it is the very first quality of a sage that is mentioned.