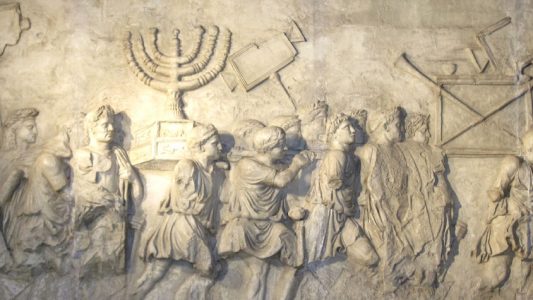 The Three Weeks between the 17th of Tammuz and the 9th of Av are the low point in the Jewish calendar, marked by commemorations of tragedies that befell the Jewish people throughout their history. The most central of these are the destruction of the First and Second Temples, both occurring on the Ninth of Av. The second destruction not only brought to an end the Temple service but also marked the beginning of the Galut – Exile. Tisha B’Av is the day set aside by tradition for fasting and mourning, and its laws and customs are both instructive and a bit strange, even for the observant Jew. Let us examine the idea and values behind these customs, and how these practices and values can help make each person a better Jew and a better individual.

A BRIEF HISTORY OF THIS PERIOD

Maimonides summarizes the various tragedies that took place on the 17th of Tammuz and 9th of Av, the first and last dates of this three-week period of mourning for the Jewish people. Calamitous events that occurred on the 17th of Tammuz include: (1) Moses broke the tablets after seeing the Golden Calf. (2) The Tamid (daily) sacrifice that had been offered daily for hundreds of years was suspended because the siege prevented any animals from being brought to the Temple. That was a sign of the beginning of the end. (3) The walls of the city were penetrated. In the time of the First Temple, this took place on the 9th of Tammuz, while during the period of the Second Temple it occurred on the 17th of Tammuz. (4) Apostomus burned a Torah scroll, realizing that this act would crush the Jews spiritually.  This day, therefore, has been designated a fast day, when the usual additional prayers of other fast days are inserted in services of the day. Beginning with this day, certain outward signs of national mourning begin, including the suspension of weddings, enjoying music publicly, and taking haircuts.

The Ninth of Av (Tisha B’Av) stands out from the other three fasts related to the destruction of the Temples. Tisha B’Av is so important because it marks the day when both Temples were destroyed – the First Temple by the Babylonians in 586 B.C. and the Second Temple by the Romans in 70 C.E. It is a major fast day in that it begins at sundown and continues until the following night. This day had already become a day of Jewish calamities for all time in the Torah, right after the spies returned from the Land of Israel. On this day, our forefathers who were redeemed from bondage in Egypt were sentenced to die in the desert for the sin of the spies. After ten of the twelve spies sent by Moses gave a distinctly negative report about the Land of Israel all the people began weeping, which demonstrated a singular lack of faith. Our Sages tell us that night was the ninth of Av – Tisha B’Av.     G-d’s reaction was anger. We are told that He then proclaimed: “You cried without a reason. I will ensure that you have reason to cry throughout your generations.”

Later tragedies also occurred on this day, the day forever marked for Jewish tragedy: Betar was captured, which crushed the Bar Kochba rebellion against the Romans. The city of Jerusalem was plowed over in a Roman effort to destroy Jewish sovereignty in the Land of Israel. Other events that occurred on Tisha B’Av include the Spanish Inquisition, which culminated with the expulsion of Jews from Spain on Tisha B’Av in 1492. World War I broke out on the eve of Tisha B’Av in 1914 when Germany declared war on Russia. More Jewish soldiers died on the battlefields of WWI than any other war, and German resentment from that war set the stage for the Holocaust. On the eve of Tisha B’Av 1942, the mass deportation of Jews from the Warsaw Ghetto to Treblinka began.

During Tisha B’Av, as on Yom Kippur, the following activities are forbidden by Jewish law: eating, drinking, bathing, anointing with oil/perfume, wearing leather shoes, and having marital relations. The laws of mourning, as for a relative, are also in effect. Thus, there is a prohibition against the study of Torah, since studying Torah is a joyous activity, as well as greeting another person, and wearing a Talit and Tefillin in the morning hours, until noon. Aspects of the unique prayer service will be discussed below.