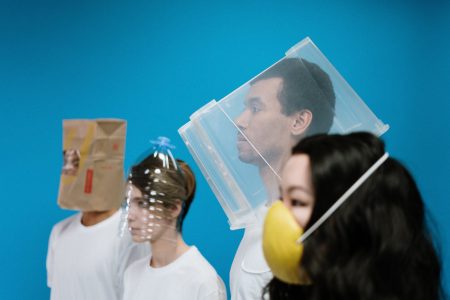 Imagine I would have told you on Purim that (almost) every Shul in the world by Pesach would be shut closed? What would you have said? Imagine I told you that by Pesach, you would walk to the local grocery and not be allowed in because there are too many people inside, and they have to space the number of people allowed in? Imagine I would have told you that after you enter the establishment, you would see everyone wearing masks and gloves and looking suspiciously at one another? You would have said I fell from Mars or some alien planet.

Who could have ever imagined that in a matter of weeks, the most reliable, most luxurious, and most technologically advanced country in the world would be brought to its knees by a minuscule virus? Who could have imagined that everyone’s life would radically change in a matter of weeks with no end in sight? That is precisely what has happened. We have been reduced to social distancing, petrified of being infected by some invisible force, and not being allowed even to enter our shuls. We are prisoners of our homes and captives to an invisible force that destroys the lives of so many in its path of destruction.

When will it end? No one knows. At the very least, it has paved the way to the realization that WE are NOT in control. That there is a FORCE much more potent than us, which decides and controls where we shall go and how we should go there. If there is one lesson we can take from “Sir Corona” is the lesson of humility. Your money cannot save you. Your position cannot save you. Only Hashem Himself can bring about the salvation. May it come speedily and in our times.