On April 18, 2018, the New York Times reported the mind-boggling findings of an international scientific study that today we can only begin to comprehend its implications: trillions of viruses constantly circle the globe in an atmospheric air stream with “some 800 million viruses cascading onto every square meter of the planet daily... Mostly thought of as

As I sit, all alone, in a place, once called home, I ponder, and  reflect, on the one, I did neglect, not my child, not my wife, not my boss, but my life, who is this, I now meet, in the mirror, not the street, when all else, melts away, and I’m stuck, with him all day, I start to notice, how long it’s been, since I’ve thought, about him, where’s he headed, what’s his plan,

To reach their goals and succeed in their plans, even nonprofit organizations need to up their marketing strategy. And for that, they need top of the line marketing tools.  The issue here, of course, is that these tools often come at a price that’s higher than what most nonprofits can afford.  Lead generation quizzes, social... END_OF_DOCUMENT_TOKEN_TO_BE_REPLACED

Gift of Emuna. In Makos 24a we learn that Chavakuk the Prophet summarizes the entire Torah with the gift of emuna. Hashem granted us a soul which is the essence of who we are which is always connected to Hashem. We have inspiration, intuition and a conscience that are all linked together to the inner faith we have.

Introduction. The Pesach Seder is one of the most memorable experiences in Jewish life. Who doesn’t look forward to that once-a-year opportunity to reunite with family and friends and get in touch with the history of our People? The warm glow of togetherness makes the Seder an event not to be missed.

This year, especially this year — give your family renewed strength in their emunah by watching Torah Live's latest film, Prophecies Revealed! In the days leading up to Pesach, our newest film reminds us that God doesn't just have a good track record, He is — in the words of Torah Live's favorite Rabbi Siddur — "batting a thousand!"

Step 1: What’s the Seder All About? If you were thinking about the Coronavirus while you opened this article, you’re in good company. At the risk of stating the obvious, the pandemic is the first thought on all of our minds. The second thought is probably something like: why? What does Hashem want from us? It’s impossible to answer

There’s a machshava I had this morning that I would like to share with you. First, I want to mention a story that I saw years ago in a sefer. There were two graduates of the Mir Yeshiva – two alter Mirrers. One was Rav Hertzman, and the other was Rav Rogoff. They were both elderly talmedei chachomim. Rav Rogoff

OlamiResources.com is happy to present a collection of four central questions surrounding Pesach and the Seder, illustrated by engaging parables by Rabbi Tzvi Moshe Schultz. The stories are action-driven, self-explanatory, and user friendly, for Pesach Seder preparations – either by busy rabbis

This year, especially this year — give your family renewed strength in their emunah by watching Torah Live's latest film, Prophecies Revealed! In the days leading up to Pesach, our newest film reminds us that God doesn't just have a good track record, He is — in the words of Torah Live's favorite Rabbi Siddur — "batting a thousand!"
This page is also available in: French, Spanish 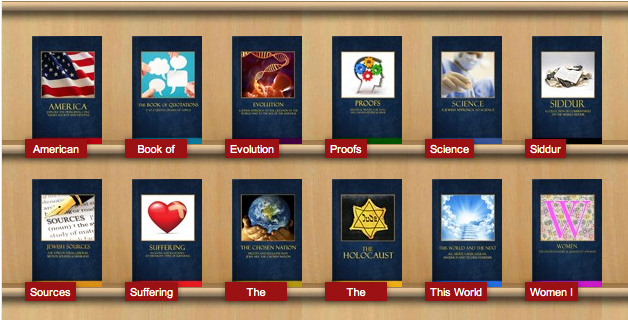 GUEST POST: How to Approach Teshuva in Kiruv & in Kiruv-Building

Want Your Blog to be Noticed? Step Away From the Keyboard 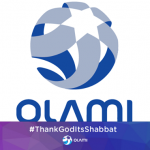