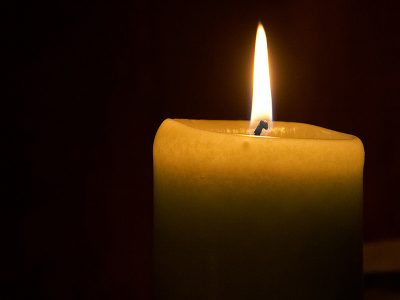 One of the most known and recognized Jewish prayers, if not the most well-known prayer of all to both Jews and non-Jews, is the Kaddish. Ask anyone what this prayer is about and they will tell you that it is the prayer for the dead or the prayer that mourners recite. And yet, there is no mention at all of death in the Kaddish prayer, nor is there even a reference to the afterlife or anything to do with loss of life or bereavement. Yet, it is this prayer that is repeatedly recited by mourners at a Jewish funeral.

The original Kaddish prayer, in fact, was composed relatively late in Jewish history, and for many years was recited only by non-mourners. Yet somehow, it is these words that are associated with the death of a Jew and are traditionally chanted daily by Jewish children for nearly a year after their parents have died. Why? Why was this prayer chosen as the mourner’s prayer if it is not related to death? What are the underlying values of this prayer which make it so important that it may not be prayed privately but only publicly in the synagogue before a minyan-Jewish quorum? When and why did this prayer come about and when did it become the mourners’ prayer? What do the words signify that make Kaddish so special? By examining the words, their underlying ideas, and their origin through traditional sources, we will see that this is probably the most misunderstood prayer in Judaism, and, at the same time, one of the most important.

THE TEXT OF THE KADDISH

Before delving into the importance, origin and deeper meaning of the Kaddish, it is important to first become familiar with the simple text. At the end of this chapter, an analysis of the key words of the essential sentence of the Kaddish will be explored as well.

There are a number of different forms of the Kaddish recited daily in the prayer services in the synagogue, some by the Cantor and some by the mourners. However, the first few sentences remain the same in all types of Kaddish prayer. We translate here the shortest form of Kaddish, known as the Half-Kaddish.

Magnified and sanctified may His great Name be,

In the world created by His will. May He establish His kingship.

In your lifetime and in your days, and in the lifetime of the House of Israel,

Swiftly and soon, and say: Amen.

All: May His great Name be blessed forever and all time.

be the Name of the Holy One, blessed be He,

Beyond any blessing and song, praise and consolation, that are uttered in the world – and say Amen.

THE IMPORTANCE OF THE KADDISH PRAYER

There are numerous statements in the traditional Jewish texts which show that the Kaddish is not just “another” prayer, but rather a crucial prayer for helping to keep life and the universe functioning. The Mishna, amplified later in the Talmud, describes the change in the physical world that occurred following the destruction of the Holy Temple. Every day was filled with curses, the dew did not provide the earth with proper nourishment as before, the taste of all fruit was diminished, and each day was worse than the last. The Talmud then asks: if so, then how does the world manage to continue to exist at all? It answers that this is so only because of the Kedusha-holiness sentences in the Uva Letzion prayer and the Kaddish recited after Torah learning by the Jews. This passage certainly needs to be understood, and will be explained in detail below. But it is clear that this Kaddish prayer is vital to the earth’s actual existence.

In a different Talmudic tractate, Rabbi Yossi describes how he entered one of the ruins of the Temple, and he heard G-d’s voice repeating (three times daily) “Woe to my children, the Jewish people, for I destroyed My Holy Temple and exiled them. The only reason I am consoled is because the Jews enter the synagogues and Houses of Study and recite the Kaddish prayer.” Then G-d is happy both as the Jews’ King and their Father, and regrets their exile from His table. This story’s message also needs to be understood, but it clear that the power of the Kaddish prayer is such that its recitation is the only thing that consoles G-d following the exile of the Jewish people. A similar Midrash helps us begin to understand what is so special about Kaddish. Rabbi Yishmael says that when G-d hears Torah being taught to the Jewish people followed by the saying of the Kaddish, G-d is happy and uplifted. He turns to the angels and says, “Come and see how the nation I created praises me.” Thus, it seems, that the words of praise for G-d found in the Kaddish prayer and recited by Jews are what make it so special and satisfying to G-d.

Another passage also shows the power of the Kaddish. Rabbi Joshua says that whoever says the words with all his or her might Yehai Shmei Rabbah Mevorach-May His great Name be blessed (the words that both the congregation and Cantor/mourner recite), that person’s (evil) decrees are torn up. Resh Lakish adds that whoever adds the word “Amen” to this phrase and articulates this word with all his or her might will have the gates of the Garden of Eden opened for him or her. Rashi explains that “with all one’s might” signifies with great fervor and concentration, and “Amen” signifies testimony that G-d is a loyal King. Another Midrash states that if a person answers the Cantor’s/mourner’s call with the words “Amen Yehai Shmei Rabbah Mevorach-Amen, May His great Name be blessed,” all of his or her sins are wiped away and all evil decrees against that Jew are cancelled.